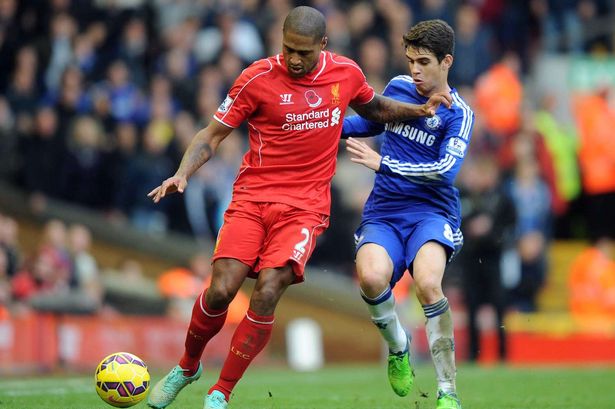 Former Liverpool defender, and now Stoke City right-back Glen Johnson says that despite all the new signings and money spent, Liverpool does not have a better squad than they had last season.

Johnson left Anfield in May on a free transfer, after having in his opinion not been offered a good enough contract to remain on Merseyside, and is now set to face his old club in the first match of the season after having signed for Stoke City.

He said: “They’ve made some signings, but not ones that are going to walk straight into the team. They’ve lost Raheem (Sterling), who was an important player, so I wouldn’t say it’s a better squad than last year.

“It will be key for them to get off to a good start, but we want to be difficult to beat and try to improve on last season’s points tally. That was a record for the club, so if we beat that we will be happy.”

He added: “I had a very good time there and enjoyed the majority of it. But I turned down a new contract at the end of the day, so it ended exactly how I would like.

“I met Mark Hughes and everything he had to say was what I wanted to hear. I’m settling in well and I’ve been made to feel welcome, so it couldn’t be going any better at the moment.

“It’s just typical my first game [for Stoke] is against my old club. That’s football and we’ll do what we’ve got to do. It’s my job and I’ll treat it as any other game.

“I’ve been in the Premier League for 12 years – I’ve got nothing to prove. When I was fit I was in the team, simple as that. There’s no problems at all.”