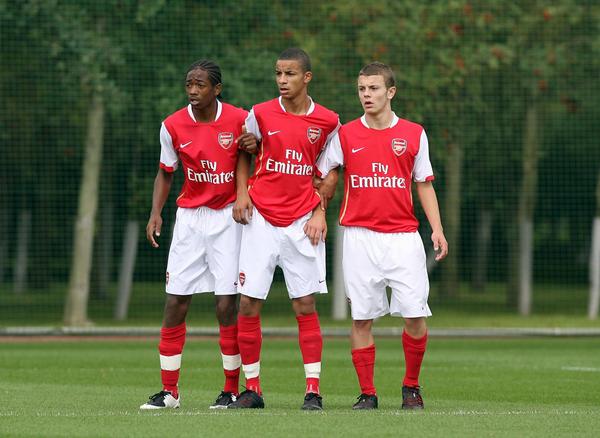 Arsenal manager Arsene Wenger wants to make sure that the tradition of offering first team opportunities to young players remains a priority at Arsenal.

During the 17-years that Wenger has been manager at the club he has gained a reputation of providing a place where young talent can shine, and despite the fact the Gunners have not won a trophy in nine years the Frenchman has talked about the importance of having a strong youth system.

“It’s one of the values of our club,” Wenger told Arsenal Magazine and carried by Sky Sports. “We want to be very successful without neglecting the need to give a chance to people.

“I want it to be part of our tradition and I also want to develop a spirit inside the club that makes the young players be faithful to this club. They think the club has given them a chance so they want to give something back as well. It has to work in both ways but we want to be the ones who give a chance.

“It’s a big mental test for the players because you see how they resist stress, how they can deal with the pressure and how they can be committed in a very demanding environment. These kinds of qualities you discover only when you play the players.

“Of course it’s an early test that not everybody can take on. Some fail but the strong ones just feel they belong there. They are not at all surprised that you give them a chance. In fact they are more surprised that you did not do that earlier!

“So when they have the chance, they think, ‘Finally, he saw the obvious situation and at least now I can show how good I am’.”

Wenger also pointed out how important it is for players to have the right attitude and to be professional if they expect to play out their career in the top flight.

He added: “We all love the game and the longer we can play, the happier we are. You feel the clock ticking when the three turns up at the start of your age! You think, ‘Now I have to fight for every season,’ and usually those who last a long time do their job in a top professional way. The ones who aren’t professional enough are eliminated early on in their career anyway.

“It’s quite amazing because football is like a fast train on the evolution side, which forces the players to adapt to the evolution.

“Some players can cope with that and some cannot. Those who cannot cope get off the train and stay in the station and the train goes on without them. We are in a period now where in the last five or six years the physical evolution has been absolutely tremendous.

“When evolution comes in, it always forces the players to adapt and to find the response to the new situation. The response to a higher physical level is of course a higher technical level, because you have to respond to more pressure with more technical ability.

“That makes the whole game always go up – but not everybody can cope with the evolution. That’s where some players get out of the Premier League or the top level, because the train goes too fast for them.”