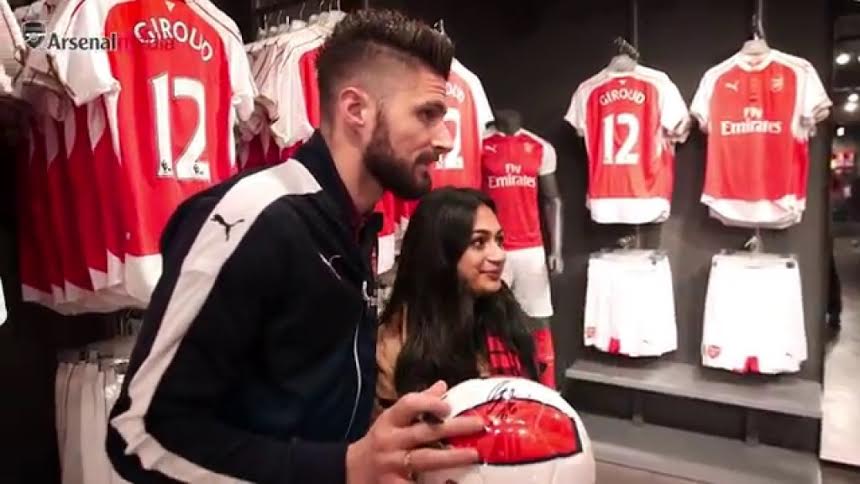 Giroud is still despite being the clubs main striker, the subject of plenty of abuse from Arsenal fans when he has a bad game, yet is the hero of one of the Emirates most popular chants whenever he scores a goal.

The French international answered a number of questions from young Gunner fans who won the chance to meet Giroud after having won a competition at The Emirates.

One of the questions asked was why he chooses to wear the No.12 jersey for Arsenal, while another asked who he looked up to while growing up in France.

Arsenal next play what could be the biggest game of the Premier League season when they take on league leaders Leicester City at the Emirates on Sunday.