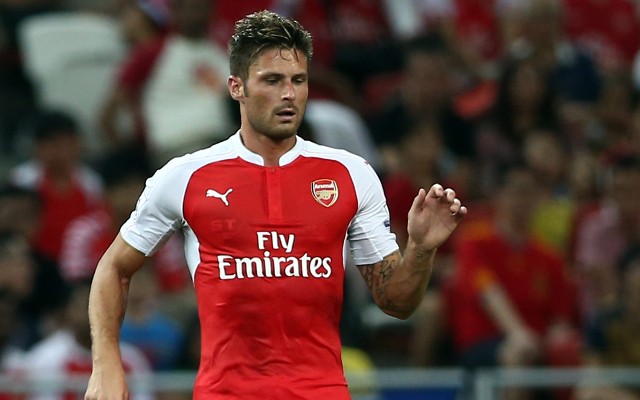 Following Arsenal manager Arsene Wenger’s failure to sign a striker during the summer, and lone front-man Olivier Giroud’s trouble to find any kind of goal scoring form, the Frenchman admits that he must change a few things he is doing to get back on track.

As if things were not bad enough for the 28-year-old at the Emirates, he was booed by French fans in Bordeaux after being substituted in Frances 2-1 friendly win over Serbia early in the week.

Giroud said: “As a striker, what you get used to on a daily basis, it is to be applauded when you score goals. When the opposite happens, it’s difficult. Everybody gets criticised at one point.

“That’s not the first and surely not the last time it happens. I have the mental strength to bounce back. Now I am going to focus on working. I am everything but worried about that. I will bounce back.

“(Against Serbia) I wasn’t very efficient. I cannot focus too much on it. I have to think about the victory of the team and the good form we are currently experiencing.

“I am going first, to enjoy our victory and then obviously I will have to correct a few things.”