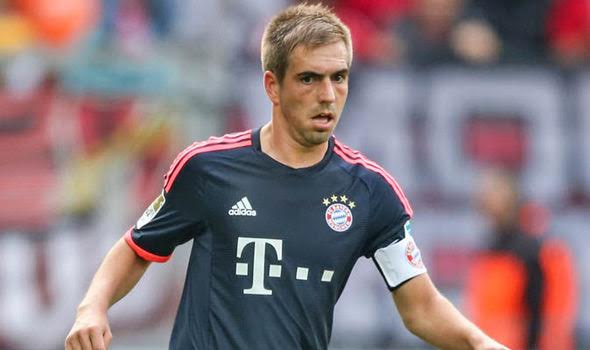 Bayern Munich captain Philipp Lahm was very surprised following Arsenal’s 2-1 loss Champions League loss against Dinamo Zagreb, which now sees the Gunners sitting third in Group B knowing that if they intend to move on from the Group stage a win tonight against Olympiacos at the Emirates is a must for Arsene Wenger’s team.

On the very same night Arsenal lost in Croatia, the Bundesliga champions cruised by Olympiacos 3-0 in Greece leading Lahm to say that Arsenal must win tonight if they hope to make it out of the Group.

“Dinamo are very comfortable at home. They have a good group of fans, they’re difficult to defeat,” Lahm said.

“The defeat of Arsenal in Zagreb really surprised me. At first I thought it was a mistake.”

Bayern hosts Dinamo Zagreb tonight at the Allianz Arena as the German international talks about what tactics they expect to be up against.

“Dinamo will play extremely defensively, the defensive wall will be stronger than when you play a typical game,” he said. “Dinamo will try to play on the counterattack.

“I have a lot of confidence in my team.

“Our development is good, we’re getting a little better every game.”

Victory for the Germans would see them go three-points clear on top of the Group, but know they must still play Arsenal twice before anything is certain.