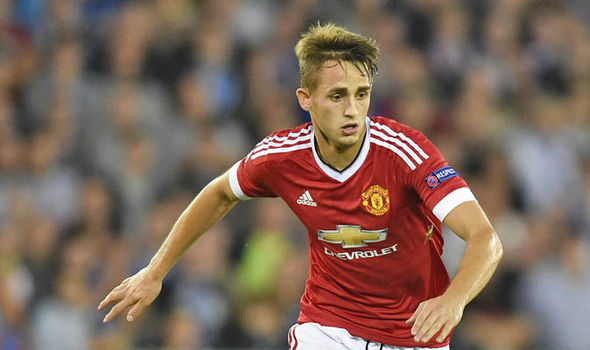 Manchester United winger Adnan Januzaj could be on his way to Borussia Dortmund on a season long loan.

The Belgian international, who scored the winner for United against Aston Villa earlier in the month, has a mixed relationship with Red Devil’s manager Louis van Gaal.

After breaking into the team under David Moyes in the 2013/14 season, the 20-year-old was out of favour under Van Gaal last campaign.

But after impressing during pre-season, Van Gaal has given the youngster a chance in United’s first team this season.

Despite Januzaj’s increased involvement, speculation has been rife over his future.

And Sky Sports claim Dortmund and United are negotiations for the player who has also been linked with Southampton, Sunderland and Everton.

A deal for Januzaj could force United into the transfer market with the window closing at 6pm on Tuesday.