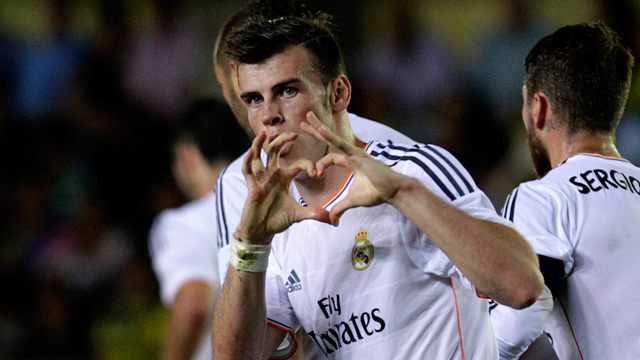 Manager of the Welsh national team Chris Coleman has said that Gareth Bale is enjoying life at his new club Real Madrid, and that he thinks that his current state of mind is sure to bring him success with the Spanish giants.

Since arriving in Madrid, Bale to start life with his new club, the Welsh international has been playing a type of stop and go football due to a few niggling injuries, but that seems to be behind him now with the winger scoring three goals in his last four outings.

Wales’s team manager Coleman said: “I’ve had a chat with him and asked him how life is in Madrid and he’s enjoying it, and enjoying his football. The players have been great with him.

“If you are comfortable in your environment and are content, then you take that onto the pitch with you.

“Knowing the type of boy Gareth is, once he’s happy, then he will enjoy his football. He will get used to what’s happening in and around him.

“He just wants to play football and be on the pitch.”

There has been plenty of expectations put on the 24-year-olds shoulders since his arrival in a world-record 100 euro move from Tottenham, but Coleman thinks that he has handled the move well saying: “I’ve seen him this week and he is exactly the same boy,” said the manager. “He is no different, there is no reason for him to change.

“He is a cracking lad to work with and he is no different to how he was six months ago.”

© Newsmag WordPress Theme by TagDiv
check these guys out