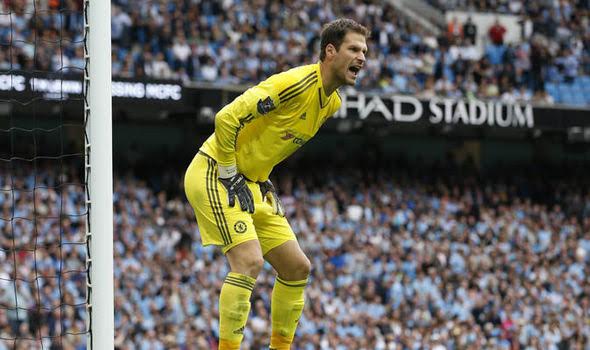 Former Stoke City goalkeeper Asmir Begovic is sick and tired of playing second fiddle to Blues No.1 Thibaut Courtois, and is fed up with the amount of playing time he is getting at Stamford Bridge.

Since interim manager Guus Hiddink took over from Jose Mourinho in December, the 28-year-old has played in just one match, the FA Cup tie with Scunthorpe, and was said to have been stunned when dropped in favour of Courtois for the clash against MK Dons last Sunday.

Meanwhile Belgium international Courtois is not having the best of season’s, but is still keeping Bosnian international, Begovic from playing.

Begovic signed a four-year deal to join Chelsea last summer, but will push for a move away this year if things do not change, adding to the already fragile feeling at the club with many players talking about a summer exit.