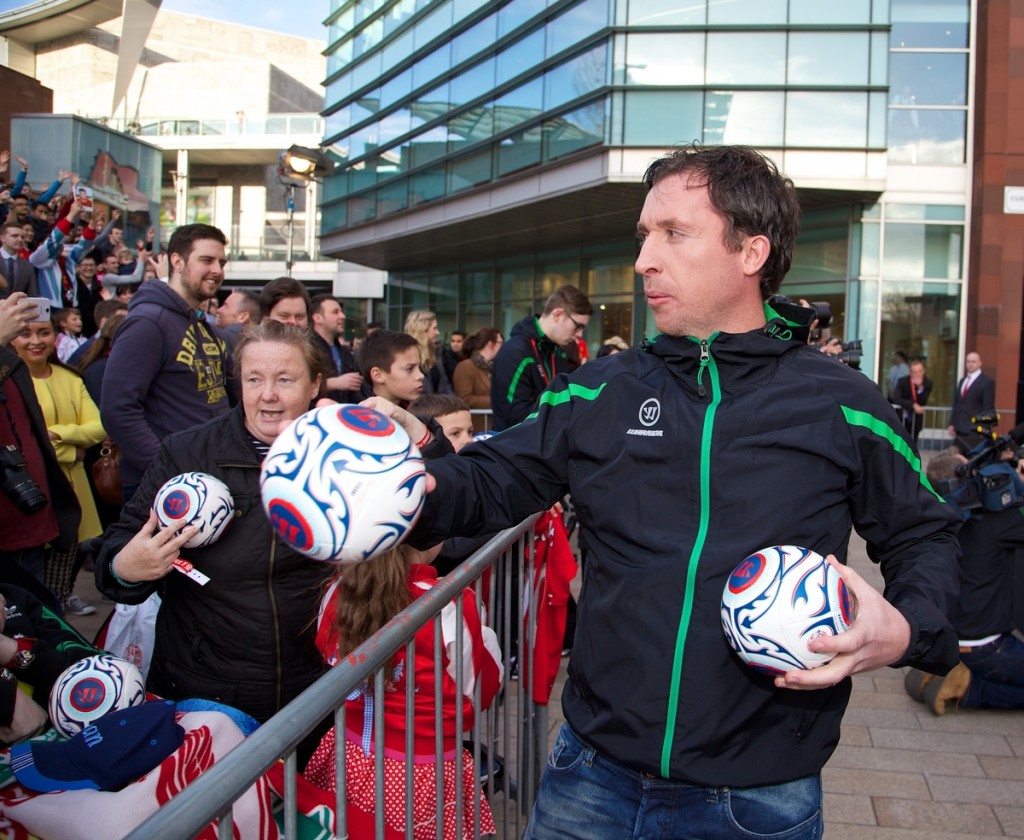 Former Liverpool striker Robbie Fowler speaking to talkSPORT has said that while he expects there could still be a few more surprises ahead his former club Liverpool has what it takes to win the Premiership saying :“Every day I’m thinking more and more that they can do it. I still wouldn’t write Chelsea off because they are a good team and they just know how to get results, but it is in Liverpool’s hands.”

The Reds hero thinks that if anyone poses a threat it is Chelsea who is just behind the Reds by only two points and with Jose Mourinho and the Blues coming to Anfield next week it could be this game that poses the biggest threat to Liverpool’s title ambitions with Fowler saying:

“Everyone is saying Chelsea haven’t got a goalscorer, but they have got some fantastic defenders. They just don’t concede goals.

“You look at the performance when they went to Man City not that long ago and deserved to win, so you can imagine them going to Anfield and playing like that.

“Hopefully, they won’t get the same result, but there will be twists and turns up at the top. But it is looking good at the minute.”