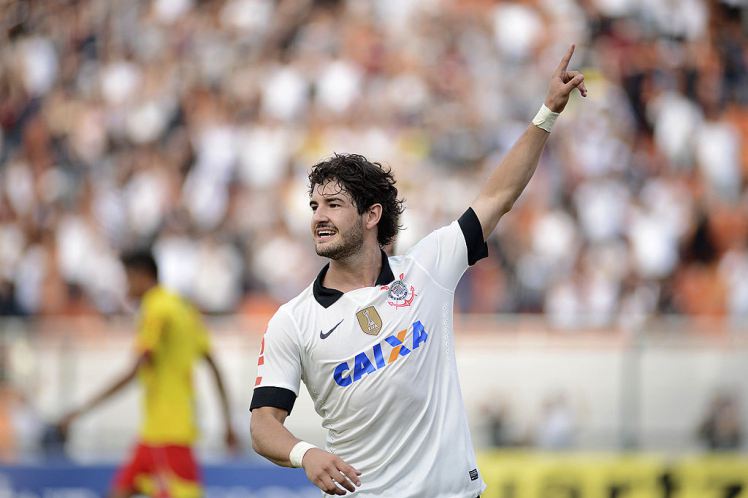 Up until this latest news it appeared as if Corinthians striker Alexandre Pato was on his way to Stamford Bridge after various sources claimed that the 26-year-old had agreed personal terms with Chelsea.

According to the Brazilians agent Gilmar Veloz, Liverpool are still in the running to sign the former AC Milan forward.

‘The January market is very limited,’ he told UOL Esporte.

‘Chelsea, Liverpool, Sporting and Benfica. All four have a chance.’

Meanwhile Liverpool appears to be more interested in another Chelsea target, Shakhtar Donetsk attacking midfielder Alex Teixeira, after Reds managing Director Ian Ayre jetted off to the clubs winter training ground in Florida to see if he could put a deal together.

One thing is for sure, and that is both Chelsea and Liverpool needs to find a proven goal scorer as time starts to run out in the mid-season transfer window.