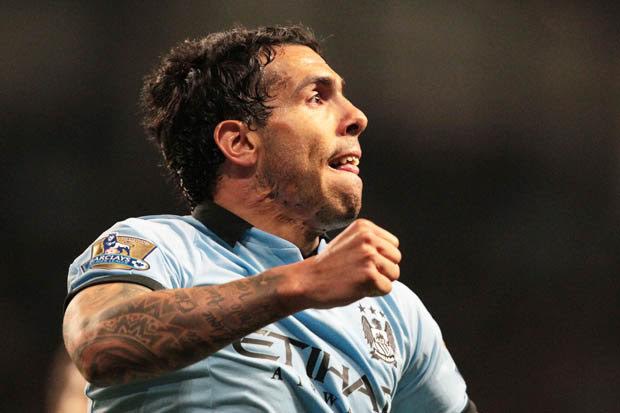 Argentinian international striker Carlos Tevez says that he always supports City when watching a Manchester derby despite having played football for both clubs.

Tevez joined City from United in 2009 and was influential in helping manager Roberto Mancini guide City to their first Premier League title.

“When Manchester United play Manchester City, I root for City,” he told the Manchester Evening News.

“To see City go from a neighbour team, if you will, to one of the big clubs in Europe, it makes me proud. I am a City fan.”

Life was not so easy for Tevez when he first came to England to play for West Ham were he found life difficult in the beginning.

He said: “When I first got to West Ham it was bad because they threw me in London and I didn’t know what to do.

“At West Ham, I followed Mascherano everywhere. He went to the bathroom and I followed him.

“At Manchester United it was easier, I understood the language better.

“Thinking back, the two years I spent at United were wonderful.”