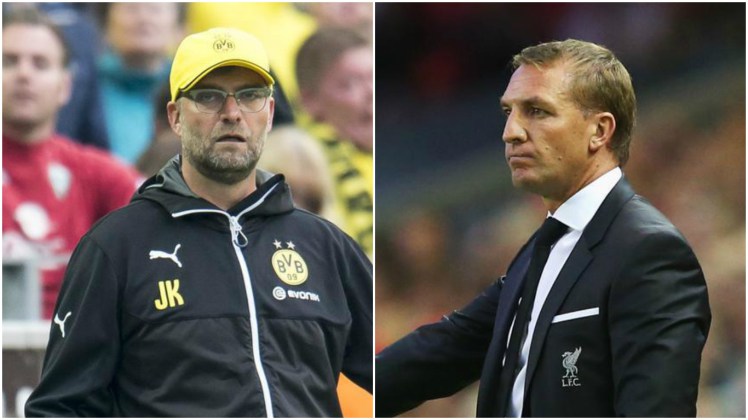 So far this season Bullard is far from impressed by Brendan Rodgers team, and is predicting that should current manager Brendan Rodgers not turn things around fast enough they will ditch the Northern Irishman and hire Klopp.

‘Over at Liverpool, old Brendan looks under the cosh. The Scousers ain’t happy with him,’ he wrote in the Daily Star.

‘Some of them want him out and I can see why. If you look at the squad this season, I don’t think it’s got stronger. If anything, they’ve sold their best players and it’s got weaker.

‘A few more bad results and it could be the end for him. And, if it is, I reckon they’ll want Jürgen Klopp to replace him.’