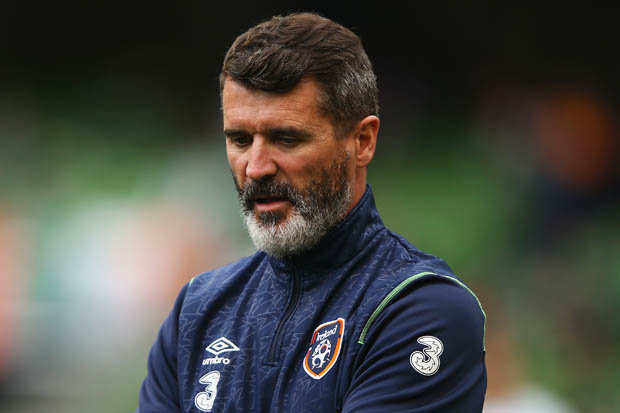 Former Manchester United skipper Roy Keene has had a go at Arsenal’s players calling them nothing more than a bunch of posers.

Remembered for his battles with Arsenal Patrick Vieira in the late 90’s Keene says that the current team prefers to look good in front of the mirror rather than on the pitch.

The 43-year-old said: “Arsenal have some really good players – some good characters who roll their sleeves up.

“But they also have got one or two players who are more interested in selfies and six packs, guys who are trying to get their pictures taken every day of the week.

“Listen, every year we hear the same thing about Arsenal being contenders.

“But there are too many Arsenal players interested in selfies – whatever they are.

“Instead of focusing on winning Premier League titles, it’s all about how their bodies look, how their hair is, more so than winning football matches, which is the way things are going in the game.”

When talking about this season’s title race Keene feels that once more it will be Chelsea who are tough to beat.

“Their team is the one with the strongest spine – John Terry, their goalkeeper, Eden Hazard – and if they can add John Stones to their team then they will be even harder to beat.

“The bottom line is that if Chelsea’s players show the same hunger and desire that they did last year then they’ll win the league.

They will only be in trouble if they are complacent.

“But I don’t think it is in their nature to take their foot off the gas. They appear to be a driven bunch and if they can keep Diego Costa fit, keep their wits about them then it’s hard to look elsewhere.”

“What worries me about United is the fact that even though they have bought so many good players this year and last year – it’s hard to get them all to gel so quickly.

“United have gone away from what they were about – being a club whose squad seamlessly evolves from one season to the next.

“It is a bit like the late 80s again where they are buying a lot of players thinking they will gel – but it doesn’t happen that quickly.

“Definitely they will be stronger this year. Van Gaal’s had a full pre-season which he didn’t really get last year because of the World Cup and they’ve looked good from what I have seen.

“But I still think they need another centre half.