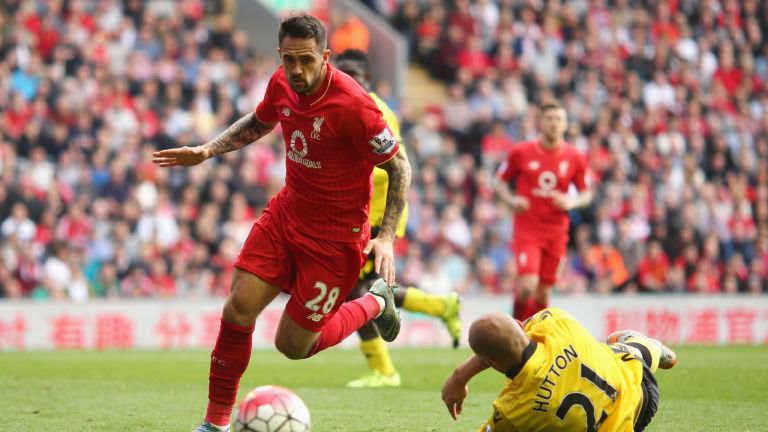 “Sturridge’s finishing deserves the accolades but a lot of it comes from Ings,” said Carragher.

“He has made a massive difference. He is pressing people, running behind, making the game quicker, and that’s where the chances are coming from.

“The way Ings is playing, you think when Benteke comes back it will be difficult for Brendan Rodgers to get him in the team.”

Adding to this Carragher believes that if Sturridge can remain fit he will be one of the Premierships top strikers.

“He has the coolness in front of goal and if Liverpool can get him fully fit and firing it’s only really [Sergio] Aguero who is a better striker than him in the league,” he said.

“In the first half against Villa he looked like a player coming back to fitness but he came alive in the second half. He is the icing on the cake and can provide that class finish.

“The rest of his game doesn’t involve too much but he makes a massive difference at that end of the pitch for Liverpool.

“There were great signs with the partnership with Ings.”