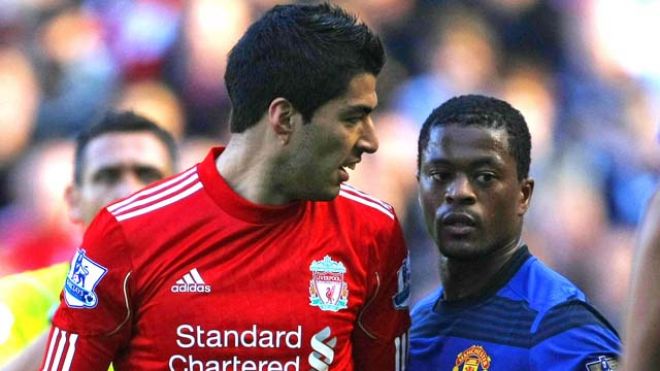 The Football Association is expected to vote on Thursday on minimum punishments for players found to have racially abused an opponent.

A standard five-match ban is reportedly being considered for any form of discriminatory behaviour that may rise if there are “aggravating” factors.

The vote is set for the FA’s annual general meeting at Wembley.

“Ours is a very detailed and thought-out proposal. It is not likely to be exactly in line with Uefa’s. Ours will have a minimum but it will have a clear acceleration from that minimum. We may well yet go beyond the 10.”

The measures, if approved, will dismay anti-racism campaigners. Lord Ouseley, the chairman of anti-racism group Kick It Out, has already called for stronger deterrents.

“It will not add any credibility to the FA’s stance that it has zero tolerance on this matter. It’s very important they build credibility and send out a very confident message that will make people feel they can complain and something will be done.”

Suarez received an eight-match suspension and a £40,000 fine for his abuse towards Manchester United’s Patrice Evra, while Terry received a four-match ban and a £220,000 fine for abusing QPR defender Anton Ferdinand.

Fifa will also vote on its own set of proposals later this month.

Football’s world governing body is proposing that an official attend games to identify racist and discriminatory acts and to gather evidence.

It is also proposing a two-stage sanctions process for clubs and individuals found guilty of “racist or discriminative acts”.

Penalties for racism would start with stronger fines or games played behind closed doors. They would be followed by points deductions for offending teams or even elimination from competitions.