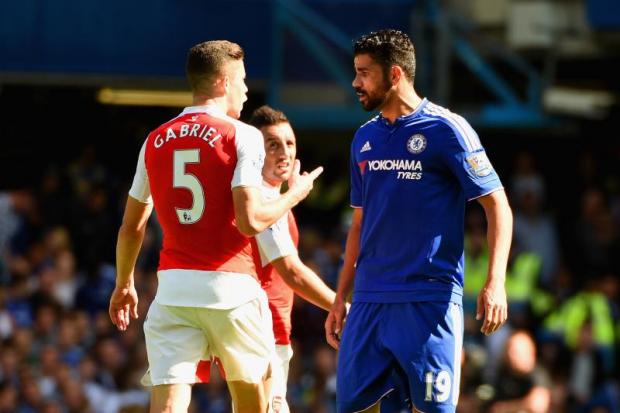 Arsenal meanwhile are having their best league season in years, and know that a win at home tomorrow against their London rivals will boost the teams confidence for the difficult games to come.

After having watched Chelsea play this season we have come up with five tips that will help Arsenal to win the match and keep the pressure on Leicester and Manchester City at the top of the table.

1/ Use right-back Hector Bellerin’s speed and Joel Campbell’s determination to double up on Chelsea left back Cesar Azpilicueta. Everton found joy by exploiting this tactic relying on the fact that neither Eden Hazard or Pedro like to track back, unlike Willian on the other flank showing why time and again he is the best player Chelsea has on the pitch.

2/ Keep calm and collected while not rising to Diego Costa’s bait unlike last time the two teams met and Arsenal defender Gabriel got sent off in the first half, while Santi Cazorla followed suit after two bookable offenses.

3/ Tell Theo Walcott to run at Serbian right-back Branislav Ivanovic who despite having a dreadful start to the season still looks to be the shadow of the player he was last. If Walcott can get past him a couple of times the confidence will go and Hiddink will start looking to the bench.

4/Should Oscar start for the Blues Arsenal must close him down completely otherwise without Francis Coquelin in the side Arsenal risk seeing the midfield turn into the Brazilians playground.

5/ Cesc Faberge’s will be looking to punish his former club, and while his passing has not been as good as we all know it can be of late, he links up well with Costa and will be looking to slip the ball through to the Brazilian born Spaniard. Cut out Fabregas and his passes and you close down Costa.