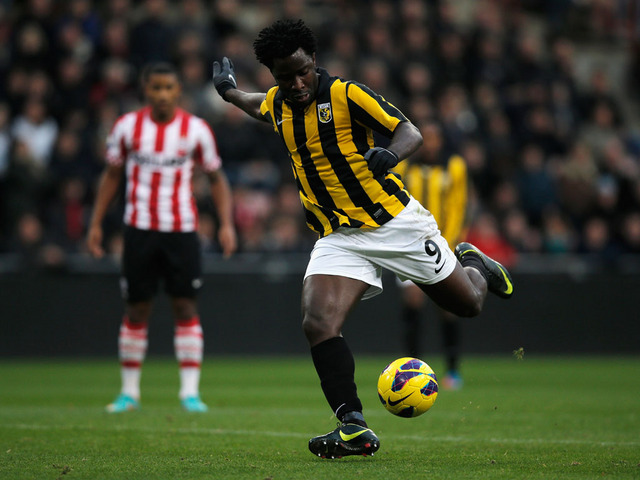 Wilfried Bony: Swansea After only joining Swansea last summer from Dutch side Vitesse for £12 million the Ivorian International scored 18 goals for the Swans in all competitions prompting Swansea manager Gary Monk to claim it would take an astronomical amount in order for Swansea to sell him.

Karim Benzema: Real Madrid Reports over the last few days have been suggesting that Arsenal will make a £30 million bid for Real Madrid striker Karim Benzema yet an awful lot of this speculation could be dependent on whether or not the Spanish giants decide to go after Liverpool’s Luis Suarez. To bring Benzema to the Emirates where he would play with former teammate Mesut Özil would be a move most Gooners would love to see happen.

Loic Remy: QPR A new striker is a must for Arsenal as they cannot rely solely on Olivier Giroud and Yaya Sanogoal’s with Queens Park Rangers striker Loic Remy a distinct possibility after he was spotted recently at the Emirates watching Arsenal play.

Lars Bender: Bayer Leverkusen Ray Parlour told talkSPORT that in his opinion a holding midfielder is a priority signing for Arsenal this summer. “Arsenal need to buy two forwards and a holding midfielder if they’re going to have any chance of winning the Premier League title next season,” he said. And While he likes Martinez he thinks that the Bayer Leverkusen we be a much cheaper option.

The Spanish international would not come cheap at around £30 million, but it would prove that Arsene Wenger is serious about winning the Premier League.