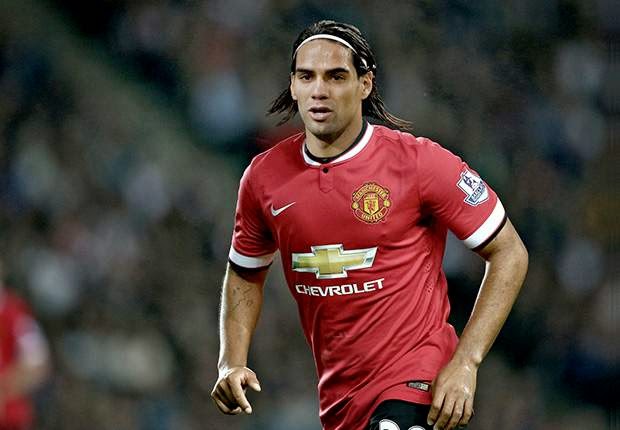 Manchester United’s attacking options will be receiving a boost soon enough with the imminent return of star striker Radamel Falcao.

The Colombian has declared himself fit in time to make the team-list against Arsenal although the club had not issued any statement concerning such.

Just of recent, several contradictory reports have surfaced regarding Falcao’s fitness, his father maintained that his son is making a steady recovery but is currently training privately while the Colombian national team coach insisted that he will be omitting the striker’s name from his squad list except he gets a notice to do otherwise from Manchester United.

Falcao is currently on loan to the Old Trafford outfit from French club AS Monaco with a permanent deal in view if he impresses.

Another clause in his deal is that Manchester United can decide to ship him back if his incessant injury doesn’t subside.

As at the time when he switched to Manchester, the striker was still battling hard with fitness but he beat the odds to make a couple of cameo appearances during which he endeared himself to the Old Trafford fans with his constant hunger for goals which resulted in the winner against Everton.

He sustained his current knee injury while training ahead of the Red Devils home clash against league leaders, Chelsea and was subsequently ruled out of the Manchester derby and also the recent win against Crystal palace.

With a permanent deal in the pipe line, Falcao appears to be racing against time to get fit and feature in more games to impress his Manchester based employers especially as several sources within the club have revealed that the management are a bit cautious of shelling out a fortune to hire an injury prune player.

In the same vein, the fans are also anxious and even though official reports have assured that the Colombian’s recent injury has nothing to do with the anterior ligament rupture that ruled him out of the World Cup, it has done so little to allay the fears of the fans.

Funny as it may seem, even the club manager, Louis van Gaal doesn’t even know when ‘El Tigre’ will return and while fielding questions from the reporters, and the Dutchman stated that:

‘I cannot judge him now because he is injured. I cannot say when he will be back. It depends on the progress on his calf injury.’

After Louis van Gaal offloaded Danny Welbeck to Arsenal last summer and also sanctioned a loan deal for Javier Hernández, he paid a whopping $25million for a season long loan for Falcao and will also have to pay about four times the initial fee to cement his stay at the club.

For a player who earns in excess of $444,000-a-week and has only managed a solitary goal in the 5 games he featured, common sense forbids Manchester United to pay as high as that for his services.

The most volatile issue is that he is already 28-years and at the stage, injuries endure longer.

With the poor performance that Robin van Persie is churning out lately, having an injury prone player as a fall-back option could be calamitous.