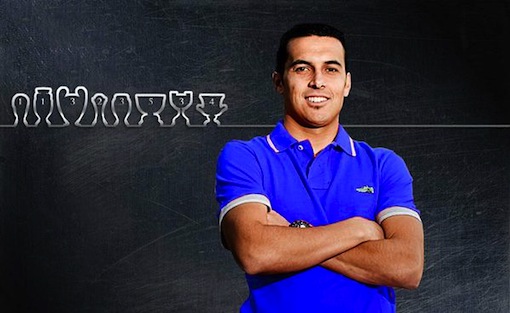 Chelsea new signing Pedro has claimed that he joined Chelsea after talking to his former teammate Cesc Fabregas.

The 28-year-old Barcelona forward joined Chelsea on Thursday signing a four-year deal as manager Jose Mourinho hope to get the Blues back on track after their worst start to the season in 17 years.

He said: “I spoke to Cesc. We are very good friends. I knew I would feel at home here and that was one of the main reasons why I decided to join.”

Up until yesterday it was assumed that the Spanish international was going to sign for Manchester United, before Mourinho stepped in agreeing to meet the Catalan giant’s asking price to bring the World Cup winner to London.