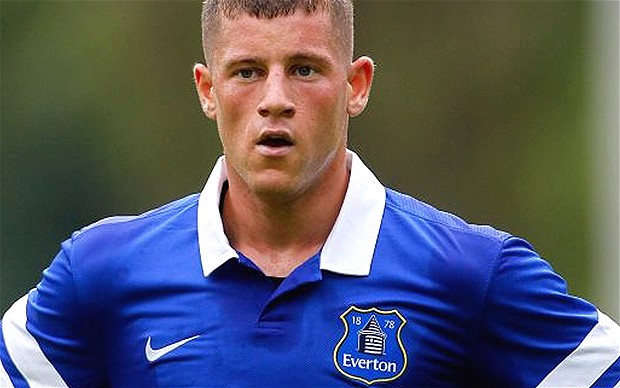 Everton manager Roberto Martinez began what he must assume will be a never ending process of fighting off bids for the man who has been labelled England’s next superstar.

The Everton midfielder who is being compared to Paul Gascoigne produced another match winning performance at Swansea to help place the Toffee’s in the top-four and a guaranteed spot in England manager Roy Hodgson’s World Cup squad.

There has been plenty of interest in the young midfielder from both Manchester clubs’ and Chelsea, leading to Martinez to say that he is not going anywhere.

“Even if we got a Gareth Bale-size valuation we would never even consider it in January,” the Everton boss insisted.

“Ross is an icon for us. He represents everything we are trying to do this season, so even if a stupid offer arrived in January it would never, never affect us.

“It is important for us as a football club to show we are making the right football decisions. There is no question mark over Ross’ future, he is in the best moment of his time and is everything we want a player to represent at Everton.

“There is not even a question mark against whether he is going to be here in February or not.”