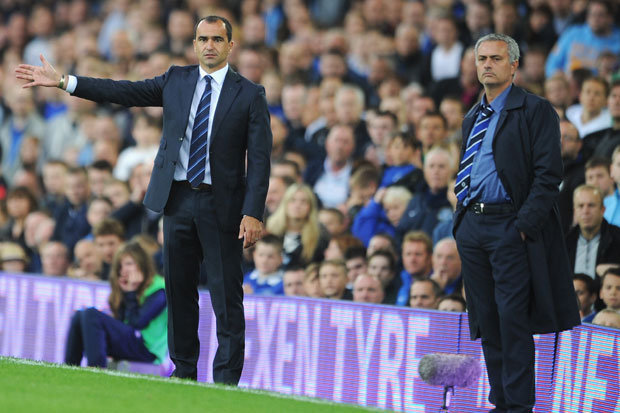 Jose Mourinho has had a dig back at Everton manager Roberto Martinez, after the Spaniard claimed that Chelsea’s desire to sign Toffee’s defender John Stones has affected the youngster’s pre-season training.

Martinez is angry that both Mourinho and Chelsea captain John Terry after the pair have spoken openly about their desire to bring the 21-year-old England international to Stamford Bridge, when Everton had already made it known that the centre-back was not for sale.

The Chelsea boss said: “My feeling is just one and I’m not speaking about Everton or Stones. I’m just speaking in general.

“If I could, I would speak with you once in a month. And there are other people in football who if they could they would have a press conference every day. And I don’t want to say anything else.”

As for John Terry’s comments about Chelsea looking for players like John Stones as the clubs future, Martinez snapped saying: “That is illegal. The rules don’t allow you to comment on players who are registered at other clubs in that open manner. That is disappointing.”