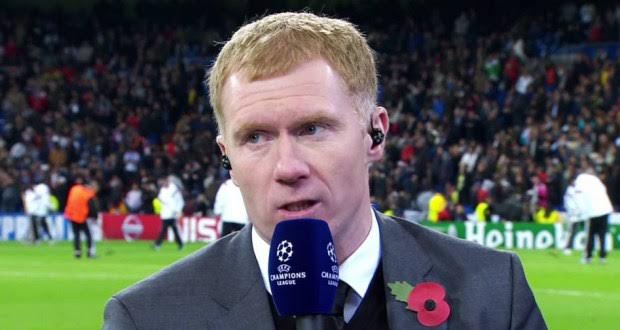 It was almost seven hours of football without a goal for Manchester United, before Wayne Rooney found himself on the end of Jesse Lingard’s first time cross to head home in the 79th minute during Tuesday night’s Champions League clash with CSKA Moscow at Old Trafford.

Despite the vital win former player Paul Scholes cannot support manager Louis van Gaal style of robotic possession based football that fans are paying good money to watch at Old Trafford these days, and especially given so when United were a team praised for their attacking way of playing football.

‘I want United to blast teams away and be creative. I want to see that but it’s not happened,’ Scholes said on BT Sport.

‘I think they’re brilliantly coached defensively. Sometimes you’ve got to do that against Barcelona or Real Madrid but not against Crystal Palace or CSKA Moscow at home.

‘You have to wonder whether he has problem with forward players. Just look at the players he’s let go – Van Persie, Januzaj, Di Maria. Look at the bench on Saturday, there wasn’t a centre forward.

‘Rooney is getting all the stick but think any striker would struggle to score goals in that team. I think Sergio Aguero would struggle.’