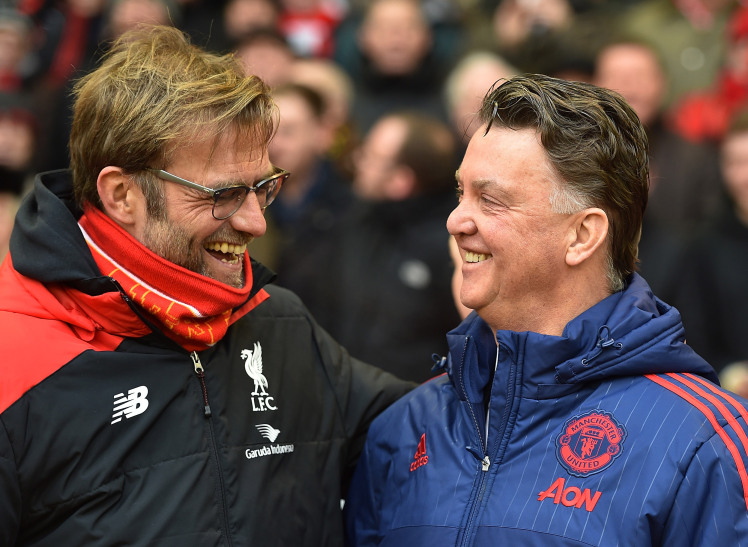 As we count down the hours to tonight’s eagerly anticipated Europa League first-leg clash against Liverpool at Anfield, it is worth remembering that despite the fact local fledglings, Manchester City have won the Premier League twice in the last four years, the boys on Merseyside remain the Manchester United’s longest standing rivals.

Like most rivalries in the world’s most popular sport, the hatred between Manchester and Liverpool is not just about football and the fact that after the Munich air disaster and the loss of some of Sir Matt Busby’s Babes, Liverpool have ruled the roost over Manchester United for the most part before the arrival of Sir Alex Ferguson turned the tide in favour of the Red Devils.

The hatred between the two cities can be traced back to the industrial revolution, when in the late 1800’s Manchester merchants fed up with paying the port of Liverpool’s outrageous charges for their goods built the Manchester Ship Canal and bypassed the port completely following the completion of the new waterway in 1894.

Surprisingly given the number of times the clubs have played each other in the league over the years they have not met in a European competition. The two clubs would have met in the 2002 Champions League semi-finals but for Germany’s Bayer Leverkusen.

Tonight’s match and whatever happens in the second-leg could in fact define both clubs season’s seasons, with neither Louis van Gaal or Jürgen Klopp ever having guessed that winning the Europa League was the best chance ether club would have of qualifying for the Champions League next season.

Looking at the clash on a statistical level at Matchstats.com, we can see that both clubs are in a transitional phase, not yet having found a winning formula, and while Jürgen Klopp will be given money to help rebuild Liverpool in the summer, Manchester United manager Louis van Gaal could be counting down the days before he is replaced by Jose Mourinho.

Liverpool has a slight advantage given that they appear to be on a bit of an up curve, unbeaten in their last six games, including a very fortuitous penalty in the dining seconds of last weekend’s clash with Crystal Palace, to give the Reds a 1-2 win at Selhurst Park over Alan Pardew’s struggling team.

Meanwhile Red Devil’s boss Louis van Gaal knows that his whole season could very well now be defined by what happens over the two-legs, and should Manchester United somehow make it to the final and win the Europa League at least the Dutchman will be able to step down from his job as a hero.

LiverpoolLiverpool manager Jürgen Klopp rested players against Palace at the weekend in anticipation for tonight’s match while knowing that he also had some players returning from injury.Right-back Nathaniel Clyne was given a well-earned rest on Sunday, while Brazilian playmaker Philippe Coutinho only came into the match from the bench.Meanwhile striker Daniel Sturridge has not played since the Capital One Cup defeat against Manchester City, so we expect to see him come into the team in place of Divock Origi.Predicted XI: Mignolet; Clyne, Moreno, Lovren, Toure; Henderson, Can; Lallana, Firmino, Coutinho; Sturridge.Manchester United

The good news for Louis van Gaal is that he has both Antonio Valencia and Bastian Schweinsteiger returning from injury, and while the Ecuadorian international may play a subs role it is too soon to play the German midfielder in tonight’s game.Italian Matteo Darmian is expected to return at right-back with the rest of the team unchanged from the side that lost to West Brom.Predicted XI: De Gea; Rojo, Darmian, Smalling, Carrick; Schneiderlin, Herrera; Mata, Depay, Martial; Rashford.

ConclusionNever mind either teams latest results, as we feel the gloves are coming off for what should be the game of the night, and while Louis van Gaal will do all he can to rally the team we feel Liverpool being at home will have the slight edge and are backing the Merseyside club to win 2-1 at odds of 8/1 with Bet365.