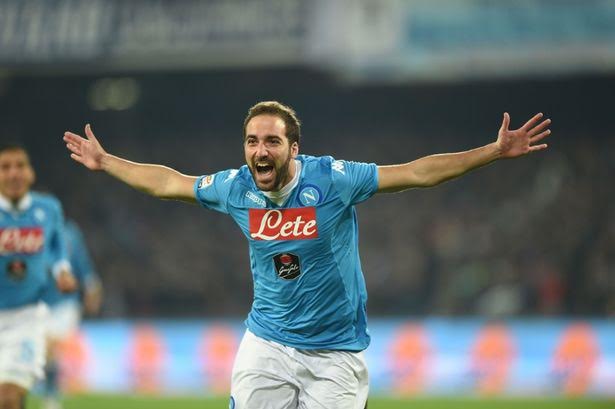 Napoli’s Argentinian striker Gonzalo Higuain is the man that Premier League teams need to be trying to sign this transfer window after having watched the 28-year-old score 18 goals in his last 19 games to propel Napoli to the top of Italy’s Serie A.

The former Real Madrid striker has in the past been linked with a move to Arsenal, and with both Chelsea and Manchester United struggling for goals this season it is surprising that we are not hearing about Higuain being linked with any of the English power houses.

The reason could be that German giants Bayern Munich have expressed an interest in bringing him to the Allianz Arena, but think that any move would be blocked by Napoli president Aurelio De Laurentiis, the man personably responsible for bringing the Argentinian to the Stadio San Paolo in the first place.

When asked about a move for Higuain, Bayern boss Karl-Heinz Rummenigge had this to say:

“Clearly Higuain is a player we like, he is doing very well and I think he’ll be happy with that.

“Despite that, I doubt my friend Aurelio De Laurentiis [Napoli president] will sell.”