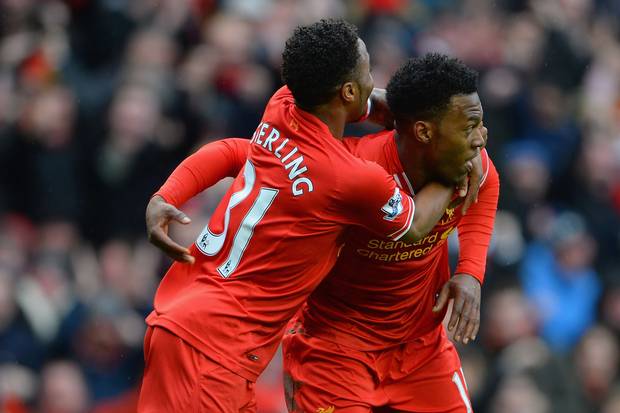 Watching Liverpool manager Brendan Rodgers tinker with his team this season has given England manager Roy Hodgeson an idea of what he must do, if he expects the “Three Lions” to have a successful run in the World Cup, and dare we say win it!

During a debate over which four wingers should be taken to Brazil it would be interesting to hear if the England boss is considering forgoing one or two in favour of Liverpool players.

Hodgeson will have noticed that Liverpool have abandoned the traditional use of wide men in favour of a diamond formation which has seen them unbeaten this year and now the bookies favourites to win the Premiership.

By adopting Rodgers method Hodgeson would be free to play both Rooney and Sturridge up front in the way that Liverpool do with Sturridge and Suarez allowing other England midfield talent to roam free with Gerrard at the base of the attack as he is for Liverpool.

You could even go so far as to play Henderson with his tremendous work rate and the young but pacey Raheem Sterling who has been terrorizing defences all season and kept a cool head to give Liverpool the lead against City in yesterday’s thriller at Anfield.

Liverpool has scored more goals than any other team in the Premiership this season and has been electrifyingly quick out the gate to get on the score sheet first.

No matter what team you might support domestically there is no argument that Liverpool has been this season’s most exciting team for a neutral to watch and if it means playing the Liverpool diamond to achieve World Cup success I am sure all fans would be willing to give it a go even if it might be at the expense of the normal England starters.