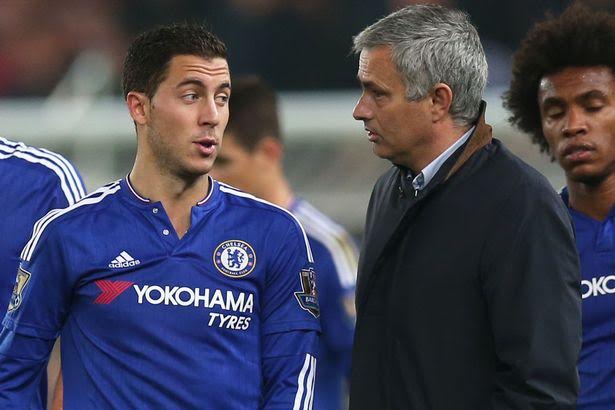 Last season’s PFA Player of the Year has looked a shadow of the man who terrorised defences during Chelsea’s Premier League winning season, but started to look more like the old Hazard during the Blues 1-0 over Norwich at the weekend after being allowed to play as a No.10 behind striker Diego Costa.

The Belgium international has revealed that he sought out manager Jose Mourinho to ask why he was not being allowed to play in his favourite role behind the striker, and it must have paid off with the Portuguese manager allowing him to revert back to the role for the match against Norwich

He said: “We spoke together before the Stoke game. I said to him: ‘Maybe we have to try something, to change something. Maybe I have to play a No.10 because we have to try.’

“We did and I played a very good game in the (League) Cup in Stoke. And, [against Norwich], it was the same.

“I tried to play my own game. I didn’t start the season well. I know that. I gave everything in training and on the pitch when I played. Now I hope I can get a lot more form and try to help the team win games.

“It’s my fourth season now, and we won a lot of trophies last season. I won a lot, too. Maybe the attention here is greater now. But I have to play with this responsibility. I try to be the best every time.

“I don’t have a problem with Mourinho. I’ve heard a lot of things about this, but no. Everything is good with him. He is the best manager.

“He is the best manager for Chelsea, and we hope we can win a lot of trophies together. Maybe not this season because it will be difficult, but next season and on.”

Perhaps giving Hazard more confidence by allowing him to revert back to his favourite position is just what Chelsea needed to get back to their winning ways, and while time will tell the win against Norwich was certainly a step in the right direction.