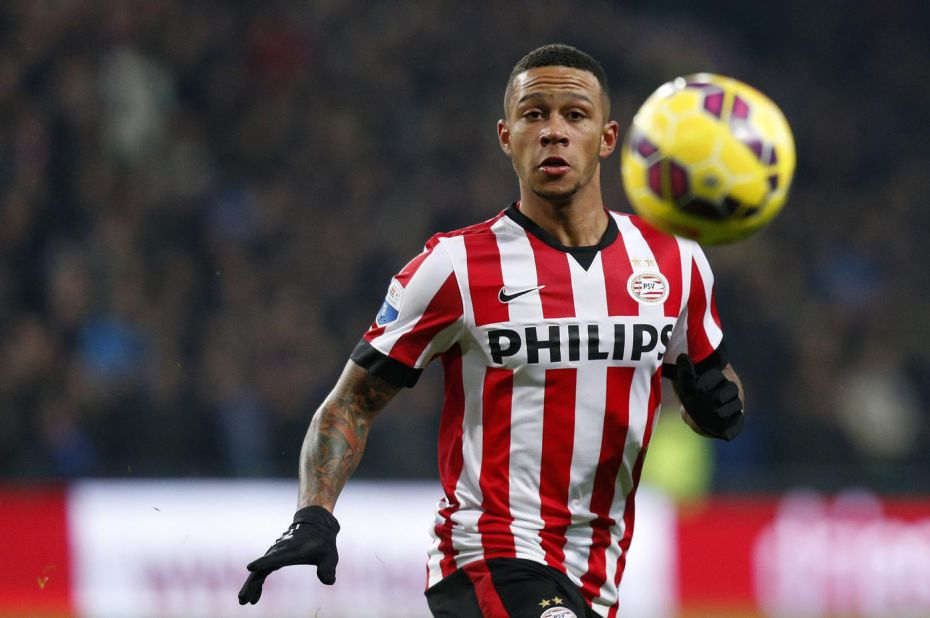 PSV winger Memphis Depay has been in the newspapers on a daily basis of late with speculation mounting as to where he will end up next season at Liverpool or Manchester United.

And while the Red Devils were odds on to get the 21-year-old to commit his future to Old Trafford where he will be reunited with former Holland national team coach Louis van Gaal, Liverpool is being touted as his first choice after seeing what manager Brendan Rodgers has done allowing young players like Raheem Sterling to flourish.

Depay helped guide PSV to their first Eredivisie title since 2008 thanks to his 21 goals in 28 league appearances, which has former PSV and Chelsea sporting director Frank Arnesen saying : ‘For me, it’s 99.9 per cent [that Depay will move to the Premier League].’

‘Yes, he will [be a success]. I’ve seen him many times this season and he is going from strength to strength, even though he’s only 21 years old.

‘It’s difficult to stop him. It will, of course, take time because it’s totally different than in Eredivisie.

‘Don’t expect too much in the beginning but he’s definitely the big talent and he’ll be good in the Premier League.’