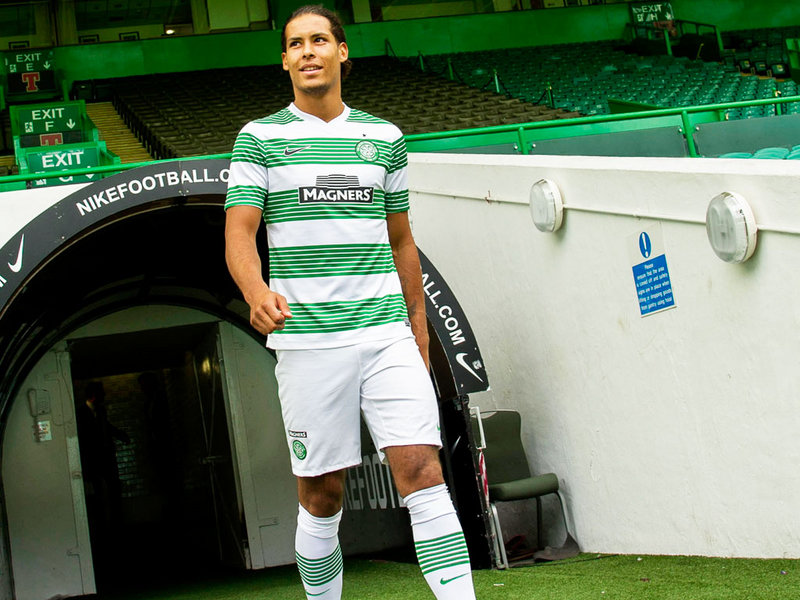 He certainly is not a name too many people have heard of yet, but Dutch defender Virgil van Dijk has been gaining popularity at Celtic since moving from Groningen last year for £2.6 million and is now firmly on the radar of both Arsenal and Manchester City.

The 22-year-old Centre-back has had a good first season in Scotland yet will probably not be a part of Louis van Gaal’s Netherland side going to the World Cup after having never being called up from the U-21’s to the senior side, which is another reason why playing in the English Premiership would appeal to him.

His agent Henk-Maarten Chin believes that he could be on the move to England this summer but admits there have as yet been no bids telling the Scotsman newspaper: “There is certainly interest. Many English clubs are interested in him – the absolute top clubs. They watch him and are very keen. There has been no official approaches for Virgil yet, but that will come after the season ends.

“There’s certainly far more interest in him than we could have dreamed of. I expect something will happen for him this summer – the intention would be for him to earn a top transfer.” Chin believes the Dutchman’s Champions League displays prove he deserves a move. “Celtic were outplayed by Barcelona, but Virgil was the only player who was OK,” the agent said. “Against AC Milan, he made a great impression in his battles against Mario Balotelli.”