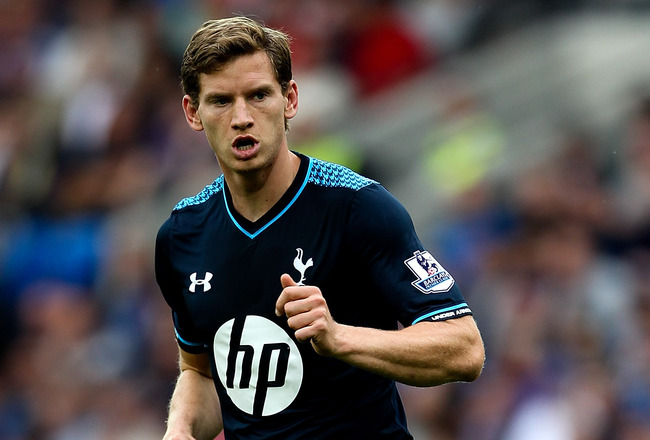 This is the view expressed by Tottenham defender Jan Vertonghen after critics have started to say Spurs are out of the Premiership title race.

Following the 6-0 thrashing from Manchester City at the Etihad last Sunday the future of manager Andres Villas-Boas came up.

Belgium international Vertonghen feels however that it is still far too early in the season to write off the London club, and that a win over Manchester United on Sunday will put everything back into perspective.

“You cannot write us off,” Vertonghen said. “We did not do well in this period last year with losses against Wigan and City and Arsenal.

“But we then had incredible months in December and January and I think that is what we are aiming for now.

“We want to do well in those two months and then I think we can be back easily because the top half of the table is so strong and everybody can win.”

Spurs won away midweek in the Europa League against Tromso under difficult conditions with Vertonghen saying that the win has helped to restore confidence in the team.

“It was important for the group to come away with a win in difficult circumstances,” he added.

When talking about this weekends match with United the Spurs defender says he knows the threat poised by Rooney and Robin van Persie.

Vertonghen added: “Rooney and van Persie are quite similar to the City strikers. They move well and play better and better together now.

“They are at least the same level as Negredo and Aguero. They are unbelievable.

“They are the most important players but the strength of Manchester United is that they have always been stronger as a team together.”