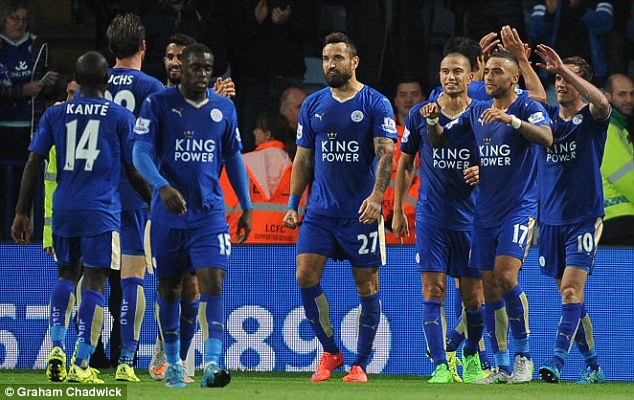 Leicester City manager Claudio Ranieri has warned his player not to look down after going five points clear on top of the English Premier League last weekend.

The seasoned Italian manager has compared his team to a group of mountain climbers on the way up a very steep peak, and fears that if they pause to catch their breath and glance over their shoulders that they might get a dose of the jitters.

“For the first time in their lives they are doing something special,” he said. “So, like a climber, it’s important not to look down or behind you. You need to look up.

The high-flying Foxes have now been installed as the Bookies favourites to win the title following their 3-1 win at the Etihad over Manchester City and awesome feat considering they were 5,000/1 to win the title before the season kicked off.

Ranieri believes that the great escape they managed in staying up under former manager Nigel Pearson is helping them to deal with the pressure now as the threat of relegation is far more serious than mounting a challenge for the title.

He said: “Yes, it is helping because last season was a big, big pressure for them. Now they can remember the pressure they faced last season, they can smell how it was and stay calm this season.

“I would say the pressure is bigger at the bottom because if you don’t survive it’s so difficult to come back. That is helping the spirit now.”

Ranieri claims that the pressure if firmly on the shoulders of the big spending clubs while his team can just go out and enjoy their football.

He said: “The pressure is on the other teams who have spent a lot of money to win the Premier League and the Champions League. Of course they [their title rivals] are nervous but it doesn’t matter to me, it’s not my problem.”

“I love the spirit in this team but it’s inside my players. I want this type of spirit but if you don’t have it you can’t give it me. For me it’s important to link this spirit together.”

And the former Fleetwood Town striker said he is determined to cap what for him has been the season of a lifetime by lifting the Premier League trophy.

He said: “I’m absolutely delighted to be fighting to achieve something special with this club, as part of this squad. I’ve never known a spirit like it – from the owners, to the manager and his staff, the players and the fans.

“I want to be part of it for a long time.