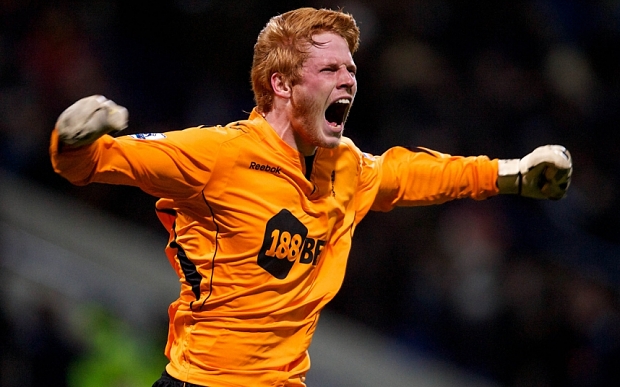 Liverpool has agreed terms with Bolton’s Hungarian international goalkeeper Adam Bogdan who will join the Reds on July first on a free-contract when his current deal at the Macron Stadium is up on July 1st.

Most likely the 27-year-old will take over the departing Brad Jones place as the Reds N0.2 but with the form of No.1 keeper Simon Mignolet called into question on several occasions last season he may very well have a shot at being Brendan Rodgers starter.

A lot of course still rests on whether or not Liverpool sign another keeper to replace Mignolet, but is not you never know who will be in nets come the start of the season.

Bogdan has 19 caps for Hungary and is part of the squad to play against Finland in this weekend’s European qualifiers.