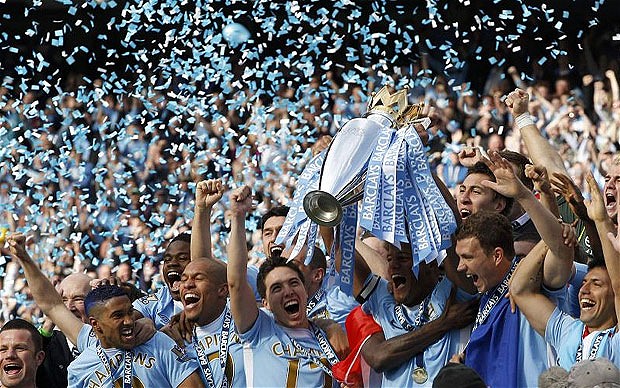 Having spent plenty of money during the summer as well as bringing in Manuel Pellegrini to replace Roberto Mancini Manchester City are still the bookies favourites to win the Premiership despite dropping points away from home.

Four defeats away sees City sitting eighth in the table, and has some football pundits revising their pre-season predictions.

Former Liverpool and  Manchester City midfielder  Dietmar Hamann still believes that his former club has the talent to start winning away from the Etihad and win the title.

“They have to keep their home form and they have to start winning away games,” Hamann told Sky Sports News. “It has been very disappointing to watch them in games that you did not expect them to struggle in.

“Probably at Aston Villa they were a little hard done by the referee. They were well on top in the first half and probably should have won the game but I don’t think there were too many complaints at the end.

“But at Sunderland and Cardiff they also lost and they have been beaten four times away from home this year. You would think they can probably only afford to lose two, maybe three, more if they want to win the league.

“For me they are still the most likely Premier League champions, but they have to start improving their away form. If they don’t do that, once you get six points behind the team at the top – and the way Arsenal is going now – it could be very hard to claw them back.”

Tottenham who City play on Sunday has also struggled despite spending a huge amount of money during the summer, and while they might not be title challengers Hamann sees them attaining a top four finish.

“As for Spurs, they do not score enough goals,” Hamann added. “I still think they have every chance of finishing in the top four because they have a very talented squad.

“If you look at their bench it is better than most other teams apart from maybe Manchester city. They have a host of players there that are 20-22 top international players.

“If they were to get beat at City on Sunday – which I think they will do – they get further and further behind and you just wonder, once you are six or seven points behind the top four spots, it is not that easy to make up.”