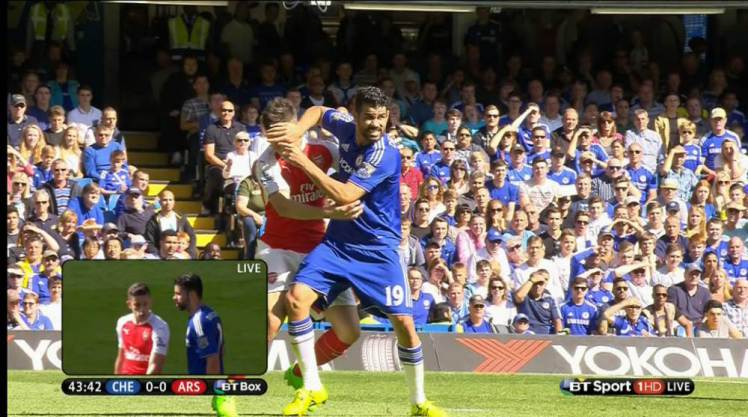 Somehow Costa managed to escape being booked even once, despite having hit Arsenal defender Laurent Koscielny in the face prior to the incident with Gabriel, leaving Wenger at a loss to explain the referee’s decisions.

‘I wouldn’t like to be Mike Dean tonight because I cannot understand the situations,’ he said.

‘Costa twice should have been sent off with.

‘Look at the situation before the cross comes in. He hits Koscielny in the face on purpose. He makes a fuss of it and in every game he is aggressive and gets away with it because of the weakness of the referee.

‘I think two sendings off for us and Costa staying on the pitch is a shame.’

You can hear all of what Wenger had to say in his post-match interview below.