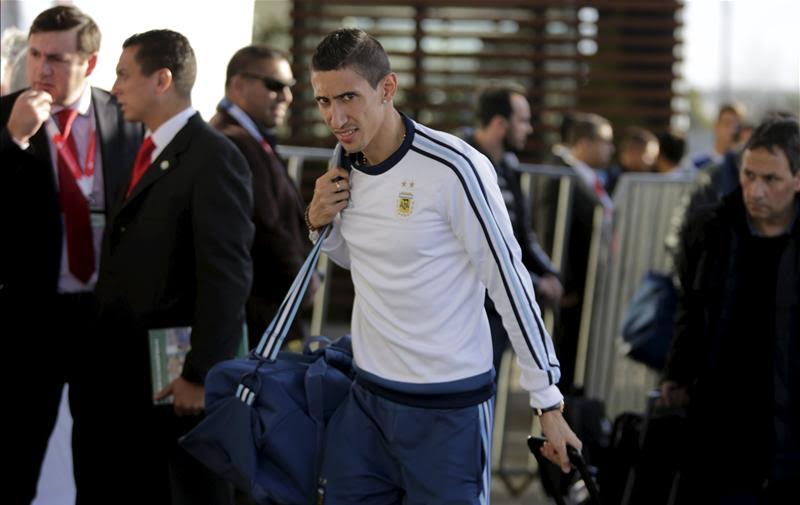 Yet another delay in the long anticipated transfer of Manchester United winger Angel Di Maria to Paris Saint-Germain after the 27-year-old claimed he was too tired to undergo a medical after having flown from Buenos Aries to Doha in order to complete the move to the French champions.

David McDonnell of the Daily Mirror is also claiming that United is interested in exploring the possibility of a PSG player being made a part of the deal for Di Maria with Dutch international defender Gregory van der Wiel name coming up.

Van Gaal knows the right-back from his time in charge of the Netherlands, and would be tempted to make the 27-year-old part of the deal if the price was right.