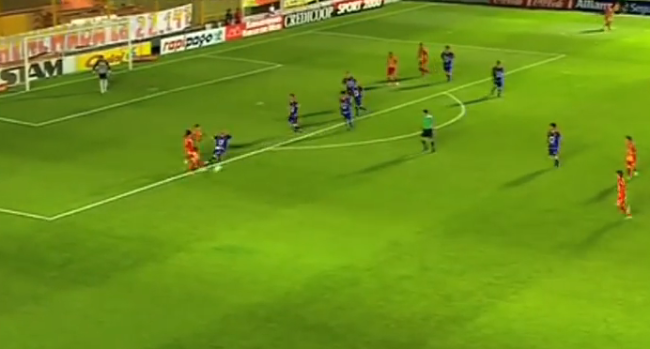 While it is never easy being a defender Crucero del Norte enforcer showed how it was done taking out two opposing players are they were bearing down on his goal.

Crucero were winning by a score of 2-0 and not wanting Boca to get back in the match the powerful centre-back took out two players with one tackle that earned him a booking.

It is not often that you will ever see two players taken out with one tackle, but it is possible as you can see in the video below.