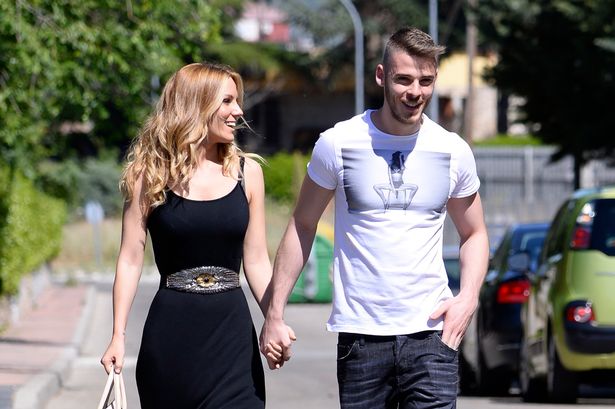 In what could prove to be a massive hint, David de Gea’s girlfriend, pop star Edurne Garcia did not realize her microphone was still on after a recent interview, and let it slip that her boyfriend will be joining her in the Spanish capital.

Garcia allegedly said: “Now, when he is in Madrid, everything will be much easier.”

The 24-year-old Manchester United goalkeeper has been linked with a move to Real Madrid for some time now, and while United at first tried to play hardball with the Spanish giants, Los Blanco’s bosses had the knowledge that they did not have to pay Manchester United their over the top asking price, but could make do until next summer before signing the Spanish international on a free transfer.

Now realizing that no matter what they try and do De Gea has his mind set on moving back to Spain, United will try and get whatever they can now rather than see him walk away from Old Trafford next summer for free.