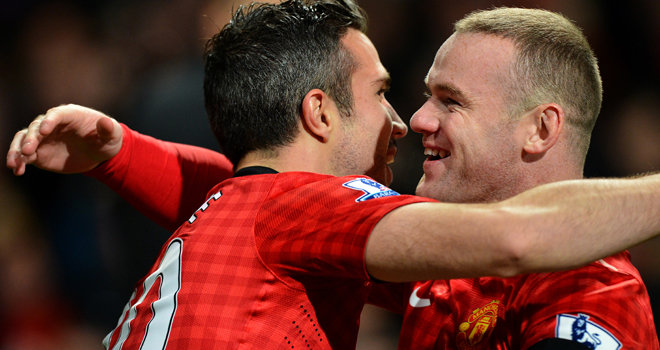 Manchester United goalkeeper David de Gea thinks that it is only a matter of time before Wayne Rooney and Robin van Persie start to form an understanding that will lead to the pair scoring a lot of goals.

England striker Rooney’s two goals against the Bundesliga side to his all-time tally at United to 200 goals scored.

Spaniard de Gea was very impressed with Rooney telling the clubs website: “Not only did he score goals; he played some great football, worked hard, brought dynamism to the team and played a really great game.

“It’s good for us that he and Robin score goals. It is important; they are key players and this year they will combine to great effect.”

Michael Carrick though that Rooney was unstoppable against the Germans, and thinks that Rooney is back to his best saying: “It was probably Wayne’s best performance that I’ve seen for a while. It’s great to have him in that form – he can be untouchable when he’s like that.

“To have Wayne and Robin scoring and assisting is fantastic. Even if they’re maybe not having the best of games they can always come up with something. I thought they played really well on Tuesday.”

United play Manchester rivals City at the weekend, with de Gea saying the Champions League win has got the team ready for Sunday’s derby de Gea added: “The victory has boosted our confidence for Sunday.”