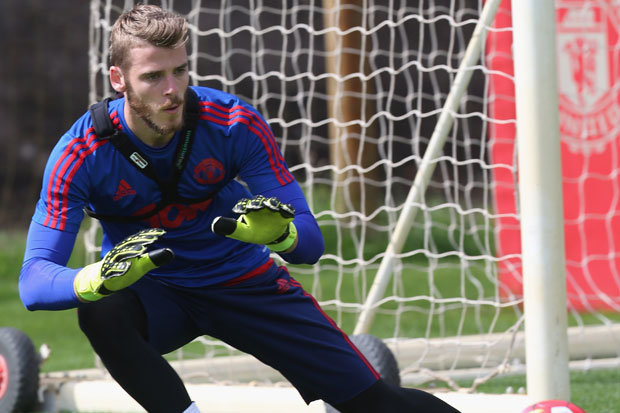 Manchester United goalkeeper David de Gea has been told by United boss Louis van Gaal that he is being dropped as the Red Devils No.1 until at least mid-September in order to forget about a move to Real Madrid and focus on the job at hand, which is helping Manchester to win the Premiership.

Dutchman van Gaal thinks that the young Spaniards desire to join the Spanish giants means that he is not focused enough to play in goal for United, and hints that even if he was to remain at Old Trafford there may now not be a place for him in the team.

Van Gaal said: “I think when it is the first of September then there is a decision made as the transfer period is over then you have to manage the new situation which is easier.

“Now we have to play our first match and this is the most important match so I want players who can only focus on the match.”

Van Gaal also admits that he has absolutely no control over De Gea joining Real Madrid saying: “I am the victim, the fellow players are the victim, the club is the victim and that is why the transfer period needs to change,” he said.

“I cannot lead this process, I can only watch and observe and that is what I’m doing. I’m not participating in it.

“I’m fighting against the transfer period. I know what the process is like and what it means for clubs and managers. It is not easy for De Gea to manage his situation now.”