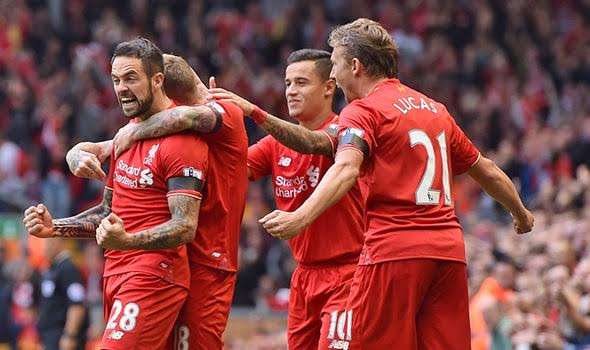 It’s time to put aside the pressure of having to play big money signings in order to justify the money spent, and let former Burnley striker Danny Ings show what he is capable of providing the Liverpool attack given his performance against Norwich on Sunday.

If it had been any other player who had come on and starred it would not be a problem for Reds boss Rodgers, but now given the fact Ings seems to be the clubs inform striker, how can you not play him just to justify the £32.5 million you paid for Christian Benteke or feel the pressure to give playing time to England striker Daniel Sturridge now that he is fit following months out after injury.

It was not only Ings ability to test his markers with his well-times runs, but also his enthusiasm and running off the ball that opened up space for other players that needs to be taken into consideration.

It seems as if every week we are saying that the next match is a must win for Liverpool, and here we are again before the Aston Villa game saying the same thing, except this time we would like Rodgers to make a bold move and start Ings, even if it means Benteke on the bench for the clash against his former club.

“He played like a 1980s throwback, running, chasing, harrying and closing down Norwich defenders throughout,” wrote former Liverpool striker John Aldridge in his column in the Liverpool Echo.

“He reminded me of Rushie and myself in the 1980s, refusing to give defenders a minute’s peace.

“He showed a wonderful attitude which was both refreshing and infectious. He came on at half-time and brought the crowd to life and lifted the players around him, too. And he’s got quality too.

“His movement was excellent, he took his goal very well and did everything that could have been asked of him.”