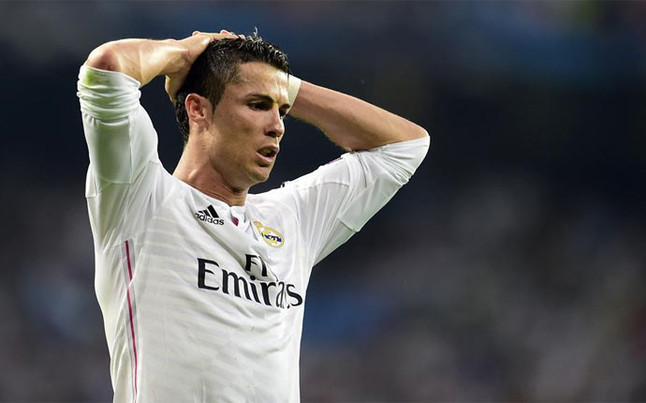 According to Spanish football daily SPORT Real Madrid forward Cristiano Ronaldo has become disillusioned with the Spanish giants and is looking to play his football elsewhere next season.

While evaluating this story we would like to point out that Sport is a pro-Barcelona leading publication while its counterpart Marca tends to be the mouthpiece of Real Madrid.

The Catalan paper claims that Ronaldo cannot understand why the club fired trainer Carlo Ancelotti, just one season after Real Madrid had won the Champions League, a move which has now distanced him further from club president Florentino Perez.

The Portuguese international even challenged Perez by tweeting his desire that Ancelotti be kept on as Los Blanco’s manager, and now following the callous sacking of the Italian, CR7 is said to be ready to move on from the Santiago Bernabeu.

Ronaldo is also said not to be happy with the prospect of working with former Liverpool manager Rafa Benitez, while also being fed up with Perez’s unconditional backing of Gareth Bale despite his poor performances in recent games that now has the fans calling for the Welshman’s head.

Sport goes on to claim that Ronaldo has instructed his agent Jorge Mendes to find him a new club, and that if a suitable offer is made he will force his way out of Real Madrid despite being under contract until 2018.