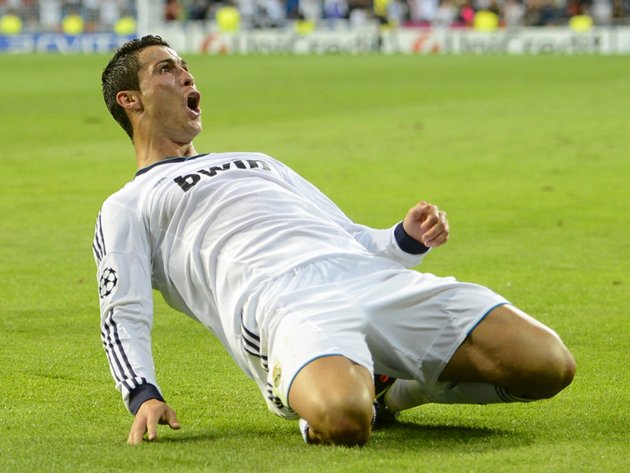 There is however worries over the fitness of French international striker Karim Benzema and Portuguese defender Pepe.

Over the past few weeks Ronaldo has been troubled by a series of muscle injuries, but Ancelotti assures the press he will be ready for the showdown with Atletico Madrid along with Gareth Bale in Los Blancos attack.

“Cristiano is fine and has no problem,” said Ancelotti.

“We have to check situation with Pepe and Karim because they have not trained this week and after training we have to take the decision for Saturday.”

Real Madrid is in their first Champions League final since 2002 and will be looking to win their 10th European Cup.

While having lost out to tonight’s rivals for the La Liga title real still go into the final as favourites after their 5-0 demolition of Bayern Munich in the Semi-finals.

Should Real Madrid win at the Estadio da Luz Ancelotti will become the first manager to have won the competition three times in the Champions League era.

When talking about it the Italian told Sky Sports: “I am calm. In these games you don’t have to work so hard in the preparation because the players are already so motivated. You just have to keep them calm and give them very clear instructions for the game.

“I would love to see a repeat of the game against Bayern. If we play like that again we will have a great chance of winning.”

One of the hero’s from the last time Real Madrid won the Champions League against Bayer Leverkusen at Hampden Park in Glasgow was goalkeeper Iker Casillas who said of tonight’s match:

“There are times when you don’t realise what you have achieved,” said the Spanish captain.

“This time we have reached the final after 12 years and therefore we value it a lot. Behind everything there is a lot of work. The team has known how to win and overcome disappointments. We deserve to be in the final.”

It was Real Madrid defender Sergio Ramos who came up big for the Spaniards against Bayer Munich scoring twice early in the match to seal them a place in the final, and is now desperate to win saying: “After so many years the reward is to enjoy moments like this. At times football doesn’t allow you to enjoy the moment, but this is like a dream. We have worked so hard to get here and we need to bear that in mind tomorrow,” he said.

“We will give everything we have to bring the Champions League home.”