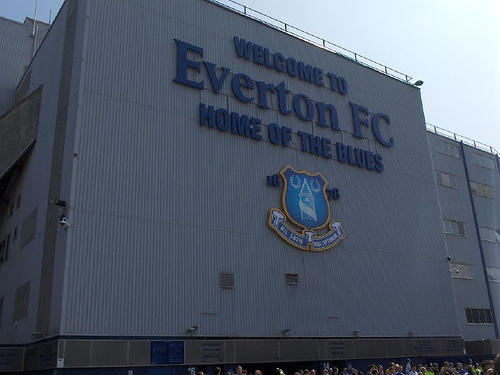 One of the longest-running, and most heated, transfer sagas of the 2015 summer window saw Chelsea test the resolve, and patience, of Premier League rivals Everton during a prolonged pursuit of John Stones.

Having identified the England international as a top target, Jose Mourinho’s Blues refused to accept no for an answer.

Bankrolled by the billions of Roman Abramovich, the reigning English champions are used to getting their own way when financial muscles are flexed and their interest in a particular performer becomes public.

They certainly turned Stones’ head, as he handed in a transfer request amid all of the uncertainty surrounding his future, but his current employers – to their immense credit – refused to waver in their stance that a prized asset was not for sale at any price.

It is, however, an old footballing cliché that every player has a price and Everton, with future investment to think about, are not immune to parting with key men at the peak of their powers.

They clearly have no intention of parting with Stones, but what of others on their books – others that may potentially place them back on a collision course with Chelsea?

Mourinho is aware that his back four is ageing, and not ageing particularly well amid an inconsistent start to the current campaign which has made foes of one-time friends that once viewed them as dead certs in the compiling of a weekend accumulator.

He knows he must start to put the pieces in place that will ensure a seamless transition is made from old to new in west London.

That was the thinking behind the Stones approaches, with the now out-of-favour John Terry approaching his 35th birthday and Gary Cahill set to turn 30 in December.

There is also the issue of what to do with Branislav Ivanovic. He is a loyal servant of some eight years at Stamford Bridge, but is a man who will be 32 before the season is out and one who has seen his ability to produce the heroics of his past questioned on a regular basis in recent months.

If Stones was viewed as a natural successor to Terry, then who is next in line to Ivanovic’s throne at right-back.

Well, Seamus Coleman is a name that has been mentioned in the past, and Spanish publication Fichajes reported again on Sunday that the Republic of Ireland international is among those under consideration by the Blues’ powers that be.

He would be a logical choice for Mourinho’s men, given that he is a proven Premier League performer and would – unlike other mooted targets such as Gregory van der Wiel and Fabinho – require no adjustment period in new surroundings.

The fact that he is tied to a long-term contract only penned in the summer of 2014, carrying him through five years at Goodison Park, suggests that he would not come cheap – as Stones is tied down on Merseyside for a similar period of time and £37million was not enough to get him.

It has been reported, though, that – during talk of interest from Manchester United – Coleman could be available for around £25m.

French giants Paris St Germain are said to have failed with a shock £20m approach in August, so Chelsea have their marker if they were to make a move and return to a market place which frustrated them in 2015, but may deliver greater rewards in 2016.