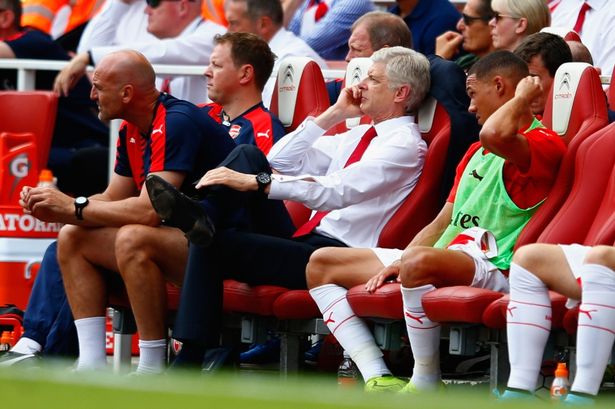 According to Arsenal defensive midfielder Francis Coquelin, last Sunday’s home loss to West Ham was a massive wake up call for the Gunners.

Coquelin said: “It’s been a wake-up call for everyone. Considering the recent results we had before that, going really well in pre-season, it’s disappointing and it was not an Arsenal performance.

“However, in bad things [occurring], good things can come out too. It’s good that it happened in the first game so that now we can pull ourselves together with 37 games left.

“We’ve got time to put things right and that needs to start on Sunday. Everybody realises that we need to put more in. When you look at different teams I think a lot of them are ready. You look at Manchester City when they played against West Brom [on Monday], I think they played really good football.

“We need to pull ourselves together and it’s going to be a real test on Sunday because Crystal Palace have a really good squad. We know the quality we have and we need to respond straight away.

“We’ve been working really hard in training and we need to put all of the training effort into the game.”