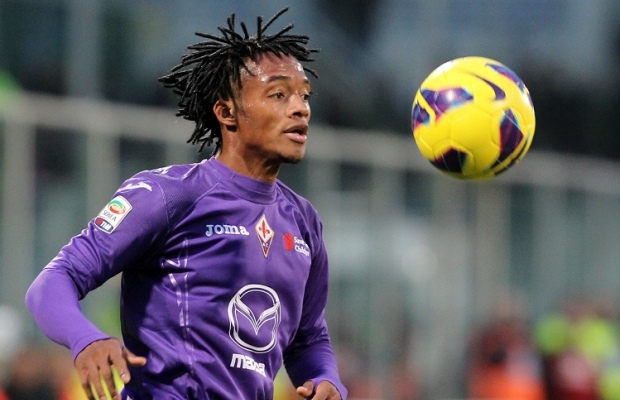 Arsenal manager Arsene Wenger has already on a number of occasions been linked to Fiorentina wide man Juan Cuadrado with a move looking very much on the cards this summer, yet it is not only the Gunners who are interested in the Colombian international with Bayern Munich Juventus and Barcelona who were thought to have agreed terms yet are still struggling to agree a fee with Fiorentina and Udinese who co-own the player leaving the door open for Arsenal.

His Florence teammate midfielder Borja Valero is pleading with the Viola not to sell Cuadrado to Arsenal or anyone else for that matter insisting that he was vital for the club to compete in Serie A.

“Cuadrado is amazing,” Valero told Esports Cope. “In the second half of last season he scored loads of goals for us “He’s so dominant in one-on-one situations and uses his pace to great effect.

“Not only that, but he’s also a very versatile player. Last season we went towards a four in the midfield, but he can also be one of three up front.

“Juan’s grown so much over these past two seasons. He’s become a crucial part of our team.”