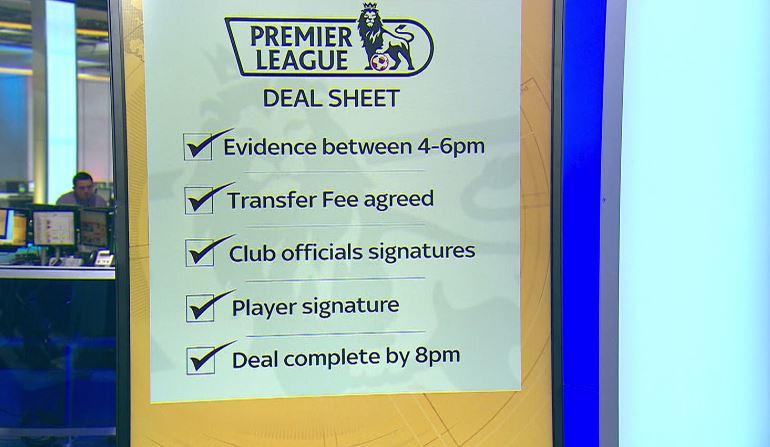 Premier League clubs will be allowed to go into extra-time tonight to get their deals completed. But what do clubs have to do to be granted an extension?

Chief news reporter Bryan Swanson has just been explaining on Sky Sports News HQ that between 4pm and 6pm clubs have to submit a Premier League deal sheet which shows evidence of an imminent transfer including the fee, signatures from club officials and players concerned.

If this is received by the Premier League by 6pm then they will grant a two-hour extension.

So deals could be coming through well into the evening…