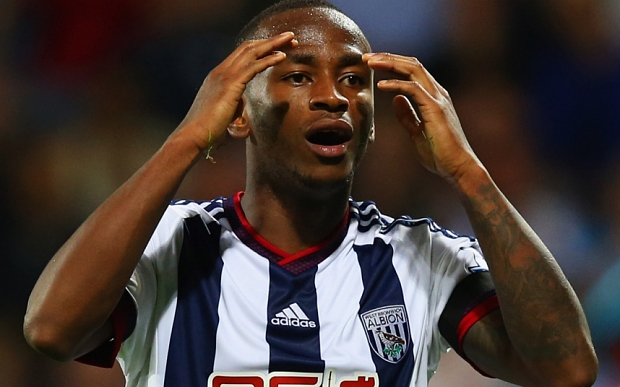 West Bromwich Albion has warned any club interested in signing striker, Saido Berahino this month that they would only be wasting their time by putting a bid in.

Baggies chairman Jeremy Peace is standing firm over the future of the England Under-21 international and has made it clear in no certain terms that the club have no plans to offload him in the January transfer window.

Meanwhile Telegraph Sport is claiming that Spurs and Newcastle both made approaches to West Brom in the past 48 hours and were told in no uncertain terms that Berahino was not for sale.

During a heated summer between Tottenham and West Brom, Spurs had four bids rejected for Berahino, with the player even threatening to go on strike if he was not allowed to move to White Hart Lane.

This hard-line stance by Pearce may if fact just be a ploy to spark the interest of Chelsea, Manchester United and Liverpool with the Baggies chairman knowing that it is not just Spurs, Newcastle and Stoke who may be considering a move for the 22-year-old.

This move by the chairman creates a dilemma for manager Tony Pulis, as he has been told that in order to sign any players he must first sell, and with only two weeks left in the transfer window should any club ante up the £20 million plus that Pearce is believed to want for Berahino, Pulis would then have to scramble to bring in a replacement.

When speaking after the 2-2 draw at Chelsea Pulis said: “Saido’s situation is up in the air. The chairman is running the club diligently; the finances are up to him.”