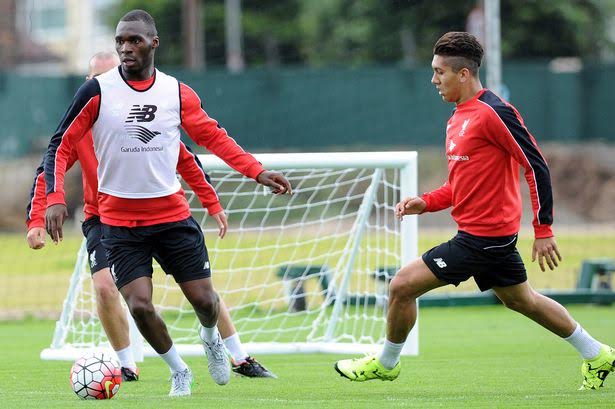 Now given the chance to work with the big Belgium on the training pitch, Liverpool manager Brendan Rodgers is convinced that the former Aston Villa striker Christian Benteke has what it takes to become a hero at Anfield.

A few people were surprised when Liverpool actually met the 24-year-olds massive £32.5 million buyout clause with Aston Villa, which Rodgers says will ultimately prove to be a bargain price.

“I’ve read and seen things about his game, but in the short period of time he’s been in, I’ve been even more impressed,” says the Reds boss.

“I’ve seen him up close now for three years, stood at the side of the field and watching this guy – not just his power and strength, but also his footballing ability.

“He’s surprised people in the early stages of life at Liverpool with that mobility and the quickness of his feet – and his natural power and strength is there to see.

“One of the goals I remember he scored against us at Anfield, he ran halfway through the field.

“This isn’t someone who lacks pace, movement and intelligence. He’s not just a guy who you chuck the ball up to.

“Of course, his strength allows you to keep the ball, but he’ll really help the unpredictability of our game this season.

“For me, I think he’ll prove to be a bargain for the club, I really do.”

“Obviously he doesn’t set the price and I’m thankful the club have brought him in because I really think at 24 years of age, he’s going to be a huge asset for us.”

The Belgium international has the highest profile of Liverpool’s seven new summer signings, and the Northern Irishman is convinced he will become a fan favourite at Anfield.

“We’ve obviously made a number of signings and a lot them have been young players and you can never tell,” says Rodgers.

“The players we’ve brought into Liverpool Football Club are all really good players – they’re all fantastic players, otherwise they wouldn’t be at the club.

“But it’s how players cope with the pressure of playing for one of the leading clubs in the world. That can always differ and be difficult.

“For the likes of Christian, he’s coming in and is one I’m excited about because of what he offers and what’s he’s been as an opponent against us.

“Coming in to a club like Liverpool, he can be a real hero for the supporters.

“I look at the likes of him and the boys we’ve signed, we’ve also got Daniel Sturridge to come back – we mustn’t forget about him and once he gets back fit, we’re going to have an array of talent that can score and create goals – I am excited to work with them all.

“With Christian, I am really looking forward to his presence at the club.”