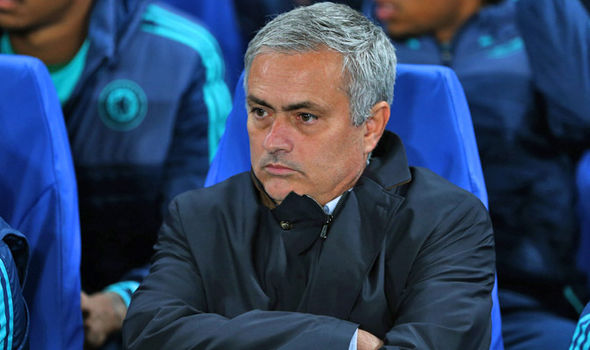 As Chelsea prepares for this weekend’s match against Stoke City at the Britannia Stadium, defensive midfielder Nemanja Matic admits it will feel strange not to have manager Jose Mourinho in the dugout.

Chelsea has until midday Friday to lodge an appeal following Mourinho’s one match stadium ban after his rant at referee Jon Moss during the 0-1 loss to West Ham, yet privately everyone feels that Mourinho knows he was in the wrong, and that the club will not fight the FA’s decision.

Mourinho has been under a lot of pressure following Chelsea’s poor start to the season, but may have bought himself a little time after the Blues beat Dynamo Kiev 2-1 at Stamford Bridge Wednesday night.

Mourinho will be forced to watch his team play Stoke on television knowing that a loss against the Potters will have the pressure back on.

For Matic it will be the first time since joining Chelsea in 2014 that the Portuguese manager will not be there shouting instructions from the touchline.

“I’ve been here almost two years now and we have not played without the coach yet, so it is going to be strange, but this is football and we will be ready,” said Matic.

“Of course it is easier when the coach is on the bench, especially at half-time when he can say something.

“Sometimes when the game is stopped and there is a foul, he signals with the hands and you know what you have to do. But if you are playing on his side of the pitch you can hear him!

“We also have other great coaches here, and they will be prepared for everything. We have to be ready.”

Speaking about their midweek win Matic added: “That result was so important for us, because if we win one more game we can qualify from this group. But also it was important for our confidence.

“In moments like this, it is important to win. It does not matter how you play. You can play well, or badly, but the only thing that matters is that you win.

“Now we have to win on Saturday. It is going to be tough, it is always difficult at Stoke but last season we won there 2-0 and we can do the same now.

“Maybe what we did on Wednesday will be good for us. Because it is not easy when you are playing well, and you concede a goal. But we recovered from that.“If someone had told us before the game that we were going to win 2-1, we would have taken it.”

The Serbian also dismissed any talk that there was dissent in the dressing room saying: “Of course we want to win on Saturday for the coach, for our club. We know that everyone has been saying we are bad. But we know that we have quality.

“When you play for Chelsea you have more responsibility than at other clubs, because Chelsea always want to win. Our supporters are used to winning trophies. The responsibility is big for us, but we are ready to take that.”