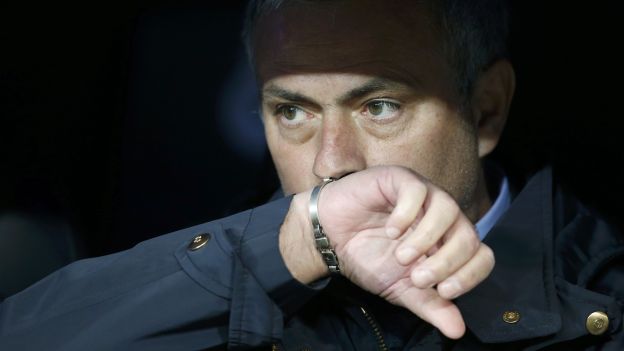 Chelsea travels to Lyudski Vrt stadium located on the left bank of the river Drava in Maribor, Slovenia to take on the Slovenian champion NK Maribor in a reverse fixture of the Uefa Champions League match played at Stamford Bridge fortnight ago.

Chelsea comes off the back an unimpressive showing at Stamford Bridge against London rival QPR on Saturday and Jose Mourinho will look to tweek the team up so as to maintain the top of the group standing when they take on the Slovenian champions.

We look at 5 changes Jose Mourinho could make to his side to face NK Maribor.

CECH FOR COURTOIS:Courtois was in goal in the league match against QPR on Saturday but could be dropped to the bench against Maribor.

Petr Cech who was in goal in the reverse fixture of this game at Stamford Bridge a fortnight ago could get another shot in between the sticks.

Mourinho seems to have found a way to make use of the two good goal keepers at his disposal. Cech has been in charge of Chelsea recent cup games and will look to continue in that capacity in the game against NK Maribor.

KURT ZOUMA FOR TERRY:Zouma played the full duration of the reverse fixture of this game at SW6 partnering John Terry at the heart of Chelsea’s defence but it could be Terry who would be rested this time leaving Gary Cahill to partner Zouma in central defence.

Chelsea has a game against Liverpool on Saturday and Mourinho could give the older defender a rest for Zouma. Maribor didn’t pose much attacking threat in the first leg and Mourinho will fancy giving Zouma another shot at champions league football.

AZPILICUETA FOR LUIS:Azpilicueta has not had any action since his red card against Crystal Palace in the league three weeks ago. He is however set to return to action in the league this weekend against Liverpool after serving his three match ban.

Azpilicueta could get the nod ahead of Luis to gain match fitness before the Liverpool game. Mourinho has played Azpilicueta at left back in place of Filipe Luis and could give the Spaniard a chance to get into shape before the weekend game.

SCHURRLE FOR WILLIAN:Andre Schurrle came under huge criticism by Jose Mourinho for his insipid performance against Shrewsbury Town in the capital one cup a week ago.

Jose Mourinho clearly expects more from the German World Cup star and could hand him another start to prove himself in place of Willian on the right flank.

Willian has been decent for Chelsea in recent games joining the attack while also helping out in defensive duties. His work rate has been top notch and Mourinho will expect same from Schurrle if he gets the chance to play.

DROGBA FOR COSTA:Costa has been out injured for some weeks but he returned to action against QPR on Saturday. In his absence Drogba has stood in for the club and did wonderfully well, scoring three goals in the same number of game for the club.

Diego Costa may not be able to play consecutive matches in quick succession due to his recent struggles with his hamstring. This leaves Drogba as the clear favourite to start this game while Costa takes a rest in other to be able to play in next game.

Loic Remy is still injured hence, would not be part of this game. Drogba takes the lone striker role while Diego starts from the bench to come in much later in the game.