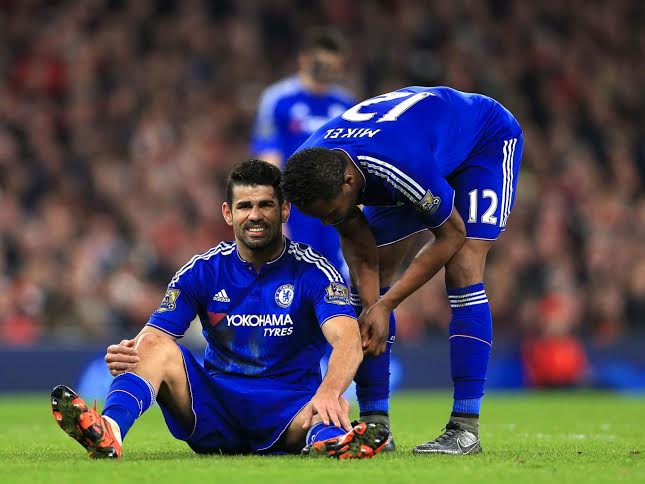 Chelsea have turned down a huge offer from Atletico Madrid for Blues striker Diego Costa, just 18 months after the 27-year-old left the Vincente Caldron to move to Stamford Bridge.

Diego Simeone’s side are right up there in the battle with Real Madrid and Barcelona for this season’s La Liga title, but the Argentinean manager knows his team needs to score more goals if they are to have any chance of beating the two Spanish giants in the title race.

It would appear as if the Brazilian born Spaniards habit of publically showing his discontent when things are not going his way alerted Atletico into thinking they could bring him back to Madrid, and tried to temp Chelsea into selling by offering the Blues not only cash, but Colombian striker Jackson Martinez as part of the deal as well.

The Daily Mirror however reports that Chelsea immediately dismissed the offer while telling Atletico Costa would not be leaving the club in January not matter how much or what player was offered to them.